Got a tip?
Home » Lawyers » Bad Lawyers » Attorney for Manhattan Madam May Be Disbarred 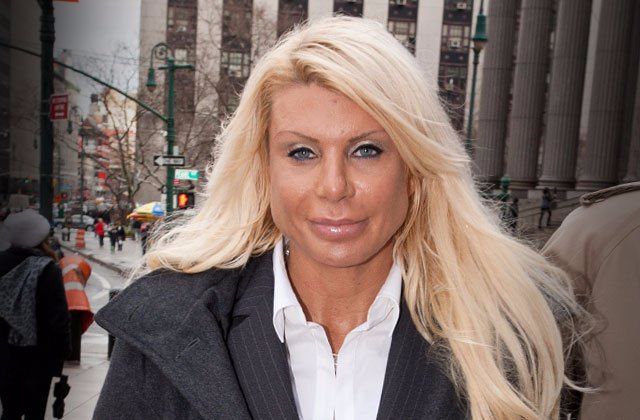 Summary: Attorney Anthony Ngula Luti was hired to take care of a payment by an adult film company to his client, the former Manhattan Madam, but kept the money.

Kristin Davis, aka the Manhattan Madam, has had a hard time following the law in the past but she is about to get a little payback. A former attorney of the madam famous for running a high-end prostitution ring in New York City may be disbarred for keeping money Davis gave him to pay an account.


Los Angeles attorney Anthony Ngula Luti represented Davis once in 2009 and 2010, according to the State Bar Court of California. They found that he ŌĆ£took money meant to pay a former madam of prostitution for services to an adult film company.ŌĆØ The bar has recommended disbarment for Luti.

Luti was hired to manage the escrow account intended to cover payment to her ŌĆ£for services to Vivid Entertainment,ŌĆØ a Valley-based adult video company. The connection between Davis and Vivid could not be determined by the bar. There was no record of her getting credits on their videos.

Instead of giving the payment to Davis, he kept the money. The bar alleges, ŌĆ£Instead of paying Davis, Luti used most of the $15,000 account to pay for his daughterŌĆÖs Montessori school fees, housekeeping costs, season tickets to the Los Angeles Clippers and the Golden State Rottweiler Club.ŌĆØ


He was charged with four counts of alleged misconduct, which the bar court decided was true based on the evidence. A bar spokesman explained that while the California Supreme Court has the ultimate say, they follow the barŌĆÖs recommendation about 95 percent of the time. The decision by the state Supreme Court to disbar him or not could take a month or two since there is no deadline. While the case is pending, LutiŌĆÖs official state attorney profile lists him under a ŌĆ£consumer alert.ŌĆØ He is not eligible to practice law.

Davis was arrested after an investigation in 2008 determined she was running an agency of sex workers for big-name clients on Wall Street and others like New York Yankee Alex Rodriguez and soccer star David Beckham.


In 2010, she ran for governor of New York but lost. She then tried to run for New York City comptroller in 2013 but was arrested and convicted of trafficking prescription drugs. She was sent to a federal prison in Victorville after pleading guilty to one charge of four for distributing and possessing with intent to distribute a controlled substance to an FBI cooperating witness.

Davis was sentenced to two years but able to serve the last third of the sentence at a halfway house. Before she got in the escort business, Davis was the vice president of a hedge fund with over $2 billion in assets.

Do you think Davis ever has a chance in politics? Share your thoughts with us in the comments below.

To learn more about other prostitution rings, read these articles: