Got a tip?
Home » Legal News » Woman Arrested for Running Prostitution Ring Out of Massage Parlor

At some point last week, an undercover detective was sent on assignment by the Maricopa County Sheriff’s Office to a massage parlor in Sun City. Authorities then released information stating that the detective was offered more than just a massage while there.

On Tuesday of last week, the massage parlor’s owner was arrested and charged with maintaining a house of prostitution. The owner is Deborah A. Schmidt, according to AZfamily.com. The sheriff’s office launched its investigation after it received a tip that the parlor was also operating as a brothel. According to police, the detective was offered a variety of sex acts by the masseuse 25 minutes into the massage. The price for the acts ranged from $200 to $300.


Two employees told authorities that they were taught by Schmidt how to set their prices and they would give her a cut of their profits. They also said that Schmidt would work as a prostitute as well. In Arizona, operating a house of prostitution knowingly is a class 5 felony that comes with six months to two years of prison time. When Schmidt was arrested she denied knowing of any sexual activity going on in her parlor. That will be a hard defense since two of her employees already admitted to the acts.

Schmidt was also charged with taking money from prostitutes, which under Arizona law comes with another sentence of six months to two years in prison. In Arizona, prostitution is a class 1 misdemeanor and comes with 15 days in prison. The sentence comes without the possibility of parole or a suspended sentence. Her employees should be facing charges in the case too.

Schmidt is also being charged with illegal control of an enterprise in the case. The massage parlor was operating in the same shopping center as the Christian youth group known as Young Life. An ‘out of business’ sign hung on the parlor’s door today. 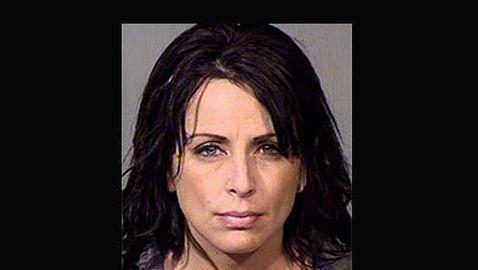