Got a tip?
Home » Celebrity News » John Clark Gable Arrested for Hit and Run and Suspicion of Driving Under the Influence 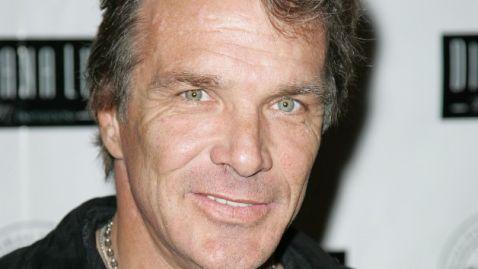 The son of Clark Gable, John Clark Gable, was arrested on suspicion of driving under the influence by Los Angeles County Sheriff’s Deputies on Tuesday. The authorities said that he appeared to be “on drugs” at the time of his arrest. He was arrested after hitting multiple parked cars in Malibu, according to the Los Angeles Times.

Gable, 52, was taken into custody around 3 p.m. on Tuesday. One of the vehicles he hit was close to the Malibu Pier. This vehicle’s driver followed him, calling 911, according to Sheriff’s Sgt. Phil Brooks. Gable was driving a Ford Raptor that he crashed into five parked cars in the 21300 block of Pacific Coast Highway.


No injuries have been reported from the incident. One of the vehicles was shoved into a garage door because of the collision. Deputies that responded to the incident arrested Gable on suspicion of driving under the influence and hit and run.

One witness, Geno Bahena, told KTLA-TV, “It took him a few seconds to get out of his truck. And finally, when he got out of his truck — I guess he was in shock or something — he just fell on the floor.”

Gable was held on $15,000 bail and released from custody at 11:40 p.m. on Tuesday after being taken to a hospital for a blood test.