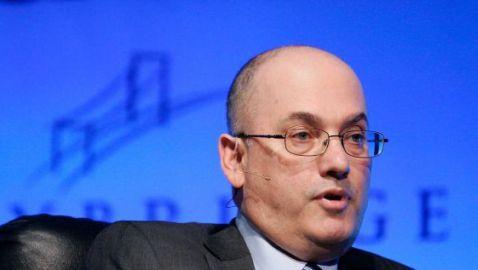 A lawsuit filed by the former wife of Steven A. Cohen, the founder of hedge fund SAC Capital Advisors, has been revived by a U.S. Court of Appeals, according to Reuters. She claims that Cohen hid $5.5 million from her during divorce proceedings in 1990.

The ruling came from the 2nd U.S. Circuit Court of Appeals in New York, which noted that a lower court erred by dismissing the fraud claims made by Patricia Cohen, who sued her ex in 2009. Also revived by the appeals court were claims of breach of fiduciary duty and racketeering. The court upheld the dismissal of an unjust enrichment claim.


“I’m delighted,” Howard Foster, a lawyer for Patricia Cohen, said on Wednesday. “It looks like the court agreed with us on all the major issues.”

“This is a procedural ruling and not a ruling on the merits,” said Jonathan Gasthalter, a spokesman for SAC Capital Advisors. “As we have said from the outset, these decades-old allegations by Mr. Cohen’s former spouse were patently false and entirely without merit. We will continue to defend against them vigorously.”

The divorce between the two solved a $9 million real estate deal that Steven Cohen went after using an entity called SAC Trading Corp. Patricia claimed that Steven invested money to purchase real estate in New York City in 1986. She was told later that year by Steven and his brother, Donald, that they lost the money.


She said that in January of 2007, $5.5 million of the money was returned to her ex-husband, who claimed to have written off the entire investment. The decision on Wednesday overturned the original decision, made by U.S. District Judge Richard Holwell.