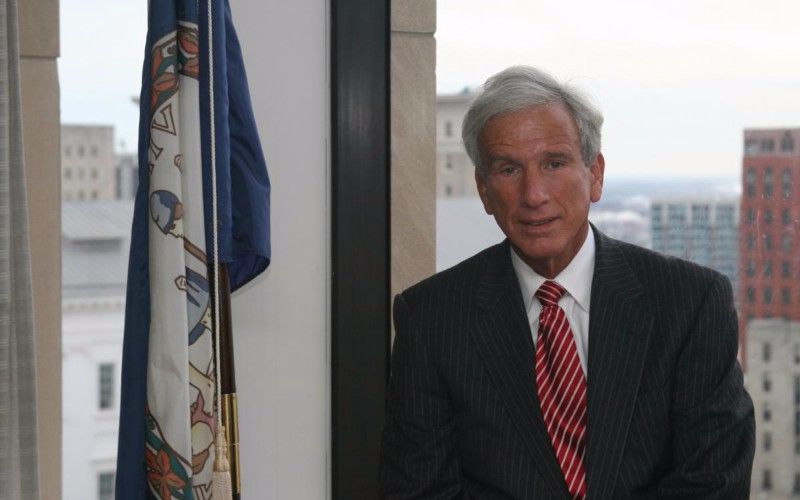 Summary: A lawyer has been accused of embezzling over $650,000 from Virginia Senate Minority Leader Richard Saslaw.

A lawyer was indicted on embezzlement charges stemming from over $650,000 missing from the campaign fund of Virginia Senate Minority Leader Richard Saslaw.


David H. Miller, 68, made his first appearance in an Alexandria federal court Monday. He is accused of embezzling money from Saslawâ€™s campaign as well as from a Canadian business and an autism organization. The authorities allege that he has stolen over $1.4 million between 2011 and 2014.

In the first scheme, Miller and his wife Linda Wallis created two fake law firms, one known as Federal Legal Associates and the other known as The Straile Group. They used these accounts to bill his employer, SkyLink Air and Logistic Support, Inc. (SkyLink), a Canadian aviation company with an office in Dulles. They billed SkyLink for around $368,400.

The second scheme involved Wallisâ€™ role as the treasurer for Saslawâ€™s campaign from June 2013 to September 2014. She issued approximately 73 fraudulent checks from the campaign bank account, totaling around $653,000. The checks were issued without the knowledge or permission of Senator Saslaw or his other staff. The checks were deposited into accounts under the control of Wallis or Miller. They used the money for personal expenses such home mortgages payments and to retain a personal lawyer.


Wallis is already serving a prison sentence for five years at the Alderson federal prison camp in West Virginia. She pleaded guilty to her role in the embezzlement scheme. Saslaw, a Fairfax County Democrat, uses his position to help raise thousands of dollars every year to help other Democrats.

The third scheme allegedly involved a charitable organization that Miller co-founded and his wife served as the Executive Director. The organization, known as The Community College Consortium on Autism and Intellectual Disabilities, was supposed to provide assistance to community colleges so they could develop programs for those with intellectual disabilities. Between April 2010 and April 2013, community colleges around the country and one individual donated around $783,000 to the organization. The money was supposed to help further their mission. However, Wallis authorized the transfer of $482,000 from the organizationâ€™s account to other accounts controlled by her and her husband. This money also went mostly to pay for their personal expenses like house payments, a family vacation to Jamaica, travel on a private aircraft from Manassas to Montego Bay, and upgrades to Millerâ€™s oceanfront property in Bethany Beach, Delaware.


Miller was charged with conspiracy to commit mail and wire fraud, mail fraud, wire fraud, conspiracy to launder monetary instruments, and aggravated identity theft. He faces a maximum of 20 years in prison if convicted.

Do you think 20 years is enough of a punishment for stealing money from innocent people, especially an organization established to help those with intellectual disabilities? Share your thoughts with us in the comments below.

To learn more about embezzling lawyers, read these articles: