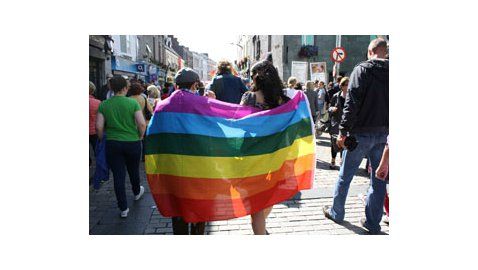 Summary: Ireland is quickly becoming one of the most progressive European nations in giving all citizens rights.

Ireland will now allow people to change their legal gender without medical or state intervention in an effort to be more inclusive of transgender people and give them better legal recognition in the country. Other European countries require people to undergo sterilization and surgery, to be diagnosed with a mental disorder, and/or get divorced if they are married before legally changing their gender.


The gender recognition bill is expected to be signed into law by the President by end of July and will make them the third European nation to let transgender adults change their legal sex without professional intervention.¬ÝThe other nations are Denmark and Malta. Malta also allows underage transgenders to petition in court with their guardians to be allowed to change their gender.

Ireland passed same-sex marriage just months ago. This was a big step when just twenty years ago, homosexuality was decriminalized.

Another feature of the gender law is the progressive approach to accept the person‚Äôs gender of choice based on what they want. Prior to the law, Irish transgender people had no legal way to change their legally recognized gender.


It is estimated by Amnesty International that there are around 1.5 million transgender people throughout Europe. Being transgender means one associates with a gender other than their assigned one.