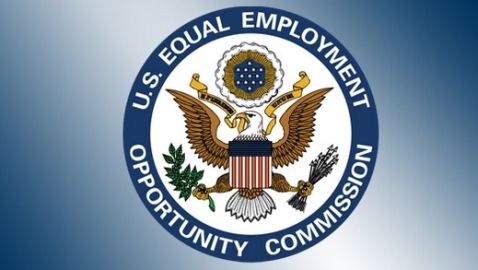 The Equal Employment Opportunity Commission has ruled for the very first time that transgender people are protected from any bias they encounter at work. The agency said that anyone who refuses to hire or uses any other discrimination because of gender identity is by definition sex discrimination, according to federal law.

“This decision is important because the EEOC is the agency with lead authority to interpret and enforce the nation’s employment rights laws,” said Jennifer Pizer, legal director of the UCLA School of Law’s Williams Institute on Sexual Orientation and Gender Identity Law and Public Policy.


The case where the ruling comes from involves a woman who underwent a procedure to switch her gender from male to female. She claims she was not hired by the Bureau of Alcohol, Tobacco, Firearms and Explosive because of her gender switch. The woman in the case, Mia Macy, originally applied for the job as a male and had been told that she was qualified as a ballistics technician. Macy is a veteran of the Army and former police detective. She was told that funding for her position was cut after she told the contractor that she was changing her gender from male to female. Then, at a later date, she found out that another person was hired for the same job. She filed a complaint with the ATF, which turned around to tell her that job discrimination laws on the federal level do not cover transgender applicants.

“The term ‘gender’ encompasses not just a person’s biological sex but also the cultural and social aspects associated with masculinity and femininity,” the EEOC decision said.

The ruling issued by the EEOC does not determine if Macy was discriminated against, which means she can file a discrimination charge according to the letter of the law.


Pizer said that until this ruling it was very common for workers who were transgender to have complaints they filed rejected by the EEOC regional offices and state civil rights agencies because of confusion surrounding the law.

“This is a confirmation that the courts are correct, so public and private employers coast to coast now have the benefit of the EEOC making this clear,” Pizer said.


A senior fellow for policy studies at Family Research Council, Peter Sprigg, said that the decision by the EEOC has misinterpreted Title VII of the Civil Rights Act.

Right now there are only 16 states and the District of Columbia that have laws banning gender identity discrimination.