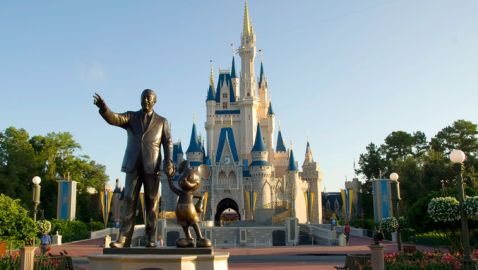 Kingsolver is just one of 35 employees from Disney who have been arrested since 2006 and accused of sex crimes involving children. These crimes include possession of child pornography and trying to meet a child for sex.


CNN conducted a six-month long investigation of police and court records to find this information. The investigation also unearthed five employees of Universal Studios and two SeaWorld employees who have been arrested for such crimes.

Out of all these cases, 32 have been convicted and the rest are pending. Two of the cases occurred on Disney property involving possession of child pornography. None of the cases involved any teenagers or children visiting the theme parks.

Kingsolver used to work as a service manager at the Magic Kingdom. He would oversee repairs to rides. He has entered a non guilty plea to charges of soliciting a child for sexual acts and traveling to meet a minor for unlawful sexual activity.


Kingsolver said he thought he was meeting a 14-year-old girl for sex at a house. The meeting was created by detectives from the Lake County Sheriffâ€™s Office. Kingsolver told CNN that he wanted to protect the girl and that he was going to call police when he arrived. He said his family still supports him.


Disney spokeswoman Jacque Wahler wrote a statement to CNN that said, “Providing a safe environment for children and families is a responsibility we take very seriously. We have extensive measures in place, including pre-employment and ongoing criminal background checks and computer monitoring and firewalls. The numbers reported by CNN represent one one-hundredth of one percent of the 300,000 people we have employed during this time period. We continue to work closely with law enforcement and organizations like the National Center for Missing and Exploited Children as we constantly strengthen our efforts.”

Tom Schroder, a spokesman for Universal Studios said the following in a statement:

“We have zero tolerance for this kind of activity. We deal with situations such as this immediately and permanently.” The company requires that “all our team members undergo thorough background checks as part of the hiring process.”

Nick Gollattscheck is a spokesman from SeaWorld. He said, “The safety of our team members and employees is our top priority. The company has policies and procedures in place and we need to take appropriate action as needed.”

The sheriff for Polk County, Grady Judd, feels that businesses that cater to children should have more leeway to use polygraph tests when screening and hiring employees.

“Anyone that works around children, whether it’s a church, in the nursery, or whether it’s Disney or any of our other theme parks, we should be able to give a polygraph examination to them,” Judd said.

Congress does not allow companies to administer polygraph tests when it comes to hiring employees. But, U.S. Rep. Dennis Ross (R-Florida), has come up with a proposal that would provide an exemption to the Polygraph Act of 1988.

“We owe it to ourselves, we owe it to our children, we owe it to our future to make sure we don’t let the next predator find a victim,” Ross said. “You know I can’t put the label on any particular employer because there’s just too many of them — period. And it doesn’t matter so much the industry but it’s the act that it’s happening. And I understand the propensity is probably greater where there are more opportunities to be around children and that’s something that I find that we have to offer them the tools necessary so that we can prevent it.”

Chat logs have been released by police officers in the Kingsolver case that show he knew he was talking with a 14-year-old girl.

He wrote the following in the chat logs: “I work for Disney so I love to see dads having fun with their daughters. I believe in treating a lady like a princess. I treat ladies with respect because that is how I hope my daughter gets treated.”

Kingsolver told CNN in his interview that “I’m not the monster that people are saying I am, and that the news, CNN and everyone else is saying that I am. I’m an honest guy that I thought was trying to help and I thought I was trying to do the right thing. Did I do it in the right manner? No, obviously not.”

Kingsolver has a daughter, a son and two stepchildren. He is separated from his wife. He told CNN the following about his former job:

“It was like going to a fun — some place you really enjoyed,” he said. “The best part about that job was just seeing families. Some family you knew had saved up literally for a decade to come there and spend a few days. Just to see them having fun and to see the, you know, look on the children’s faces when they get to see, you know, Prince Charming or one of the princesses or you know, riding Barnstormer or anything, or any of the rides or just walking around and maybe running into Mickey. It was just, that was the best part, just seeing kids glow and seeing their heroes. I just enjoyed that so much.”

When asked by CNN why he had a sexual chat with a 14-year-old girl, he said:

After his arrest, booking and release, he returned to work the next day. Kingsolver said he was placed on unpaid leave by Disney upon his return.