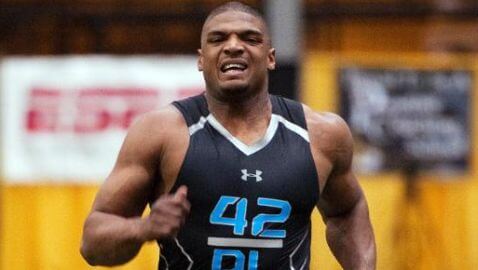 He was presented with the Arthur Ashe Courage Award at the annual ESPY Awards on Wednesday night in Los Angeles. Sam was drafted this year by the St. Louis Rams and is a defensive end. He was presented the award by Dwayne Johnson.


We have embedded video of his speech in this post and it is a must watch for anyone dealing with the struggles that Sam has had to endure during his lifetime, especially the past couple of years.

Sam ended his emotional, poignant and inspirational speech with the following:

“Standing here tonight, looking out on all these legends who have already achieved so much is one of the thrills of my life. I promise to spend the rest of my life trying to do my best to live up to this honor and become the best football player I can. And finally, to anyone out there, especially young people, feeling like they don’t fit in and would never be accepted, please know this: Great things can happen when you have the courage to be yourself.


Thank you and God bless.”