Got a tip?
Home » Legal News » JPMorgan Chase & Company CEO Gets Raise after Billions in Fines 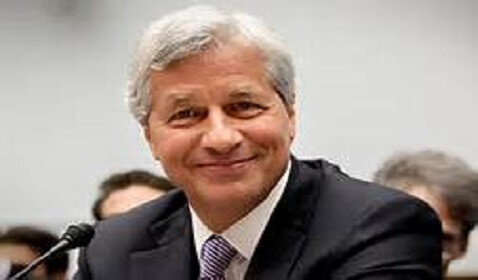 JPMorgan Chase & Company will pay Chairman and CEO Jamie Dimon $20 million for his work during 2013, after restoring most of the $11.5 million cut directors inflicted a year earlier after the company’s spin-off loss. On Friday, in a public filing, the company said that the CEO’s 2013 pay is a base salary of $1.5 million plus $18.5 million of restricted stock.

The board of directors at JPMorgan gave a raise to Dimon, even after profits fell 16 percent in 2013. That same year the company paid the government and private investors billions to settle various claims, whether for mishaps relating to mortgage backed securities or to the energy market. While investor’s and the public may balk at such a such a raise, Dimon’s pay is not totally uncommon when compared with other CEOs on Wall Street.


Interestingly, after the giant financial institution settled with government, and saw a huge extraordinary item on their balance sheet, as well as lost investor sentiment because of the London Whale debacle and several others, some on the board of directors felt that Dimon’s stewardship of the financial institution was less than stellar. According to CNBC, “The debate pitted a vocal minority of directors who wanted to keep his compensation largely flat, citing the approximately $20 billion in penalties JPMorgan has paid in the last year to federal authorities, against directors who argued that Mr. Dimon should be rewarded for his stewardship of the bank during such a difficult period. Supporters argue against those accusations, saying that Jamie Dimon helped guide JPMorgan out of its most troublesome times. Ultimately, the firm survived to invest another day. For employment at JPMorgan, click here.