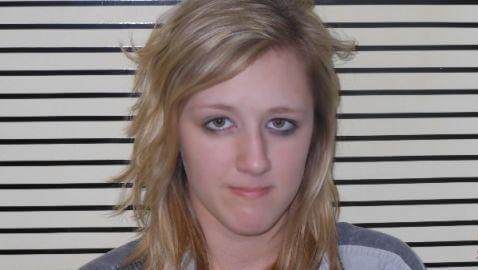 An April Fools’ Day joke went way too far on Monday as an 18-year-old woman finds herself in jail after her prank ended in violence, according to the Wagoner County Sheriff’s Office. The woman, Tori Wheeler, told deputies that the prank began when she told her boyfriend that she was pregnant, according to a report from Newson6.com.

Derek Bauer is the boyfriend. He became angry over the news and made sure Wheeler knew about it. Wheeler told deputies that she took out a knife to threaten Bauer, reportedly as a joke. Bauer threatened to call police when she threatened him with the knife, according to the sheriff’s office.


Bauer was cut on the neck by Wheeler when she lost her temper at the threat of getting officers involved. Deputies said that Bauer needed seven stitches and that he also had two bite marks on his person. The bite marks were sustained when he fought with his girlfriend during the stabbing.

Wheeler, upon being arrested, was booked into the Wagoner County jail. The complaint filed named assault with a deadly weapon, according to the sheriff’s office. What a terrible way to end an April Fools’ Day prank. Let us know your thoughts about the prank in our comments section at the bottom of the page.