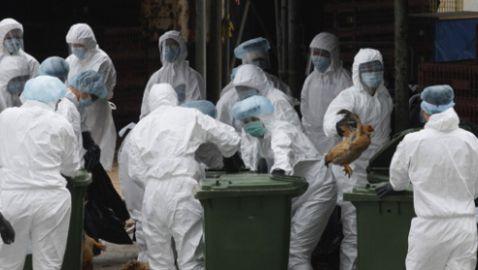 A strain of avian flu never before seen in humans has killed two men in Shanghai, according to ABC News. A woman who contracted the same strain, H7N9, is in critical condition, according to a statement from the National Health and Family Planning Commission of China.

The commission said it is not known how the three people became infected with the strain, but they all exhibited the same symptoms. Those symptoms include a high fever and a cough. The cough turned into severe pneumonia and they suffered from trouble breathing.


The two men, one 87 and one 27, contracted the illness in the middle of February and died early in March. The woman, 35, became ill on March 9 and is from the neighboring Anhui Province.

The 87-year-old man has two sons who reportedly also had pneumonia when he was sick. The youngest son died in March. The older son has recovered and has been released from the hospital. The H7N9 strain of bird flu was not found in either of the two sons. The investigation is still ongoing as to whether or not there is a connection between the illness of the father and the illness of the sons.

The commission also noted that it does not believe the strain is easily transmitted between humans because 88 people who came in close contact with the infected people did not appear to be infected with it.