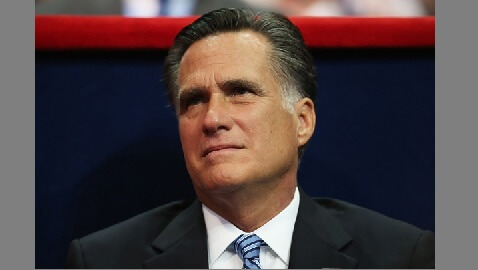 Mitt Romney had his first television interview since losing the election for the White House when he spoke with Chris Wallace on Fox News this past Sunday. Romney noted that until late into the evening of Election Day, he honestly thought he would be elected President.


When he was asked about the video that features his “47 percent” remark, which pretty much doomed his campaign, Romney said, “It was a very unfortunate statement that I made,” he said. “It’s not what I meant … What I said is not what I believe.” He also acknowledged the toll it took on his candidacy: “That hurt, there is no question that hurt and did some real damage to my campaign.”

The topic of Hurricane Sandy and Republican New Jersey Governor Chris Christie came up during the interview. Following the storm, Christie praised Democratic President Barack Obama for his swift reaction to the devastating storm. Romney said that he did not lose the election because of these reasons. “I lost my election because of my campaign, not because of what anyone else did,” he said. “I see my mistakes and I see my flaws, and I did better this time than I did the time before.”


Romney then said that he would have accepted a 10-1 spending-cuts-to-tax-hikes deal, criticizing the president regarding the sequester. “It kills me not to be there in the White House doing what needs to be done,” he said. “The hardest thing about losing is watching this critical moment, this golden moment slip away with politics.”