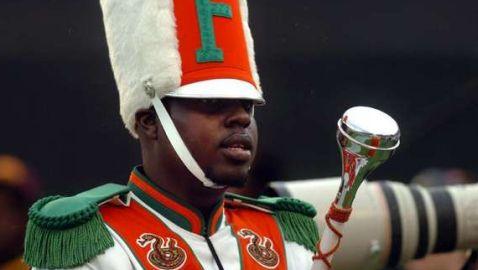 Prosecutors in Florida have increased the charges against former Florida A&M University marching band members who have been accused of hazing a drum major to death, according to The Associated Press.

On Monday, 12 defendants were charged with manslaughter in the case surrounding the death of 26-year-old Robert Champion. The hazing incident took place following a football game in November of 2011. The incident has forced the president of the university and the band leader to leave their positions and the band to be suspended.


Ten of the former band members were originally charged with felony hazing, which came with a maximum penalty of five years in prison. They are now charged with felony manslaughter, which comes with a maximum penalty of 15 years in prison. According to the Orlando Sentinel, two more defendants have been added to the case. They are Henry Nesbitt and Darryl Cearnel.

In October, another person pled no contest to claims that he took part in the hazing ritual that led to Champion’s death by hemorrhagic shock. Champion was a drum major, and according to official reports, he died from blunt-force trauma that occurred during the “crossing Bus C” ritual. He had to walk through a group of other band members who hit him with drumsticks, fists, and other items.

Champion’s family has filed a wrongful-death lawsuit against the school after rejecting a $300,000 settlement offer. That amount was the most the school could offer without seeking approval from the state Legislature.


The attorney for the Champion family, Christopher Chestnut, was pleased with the tougher charges levied on Monday. He told the Orlando Sentinel that the lighter hazing charges were “a slap on the wrist and basically an endorsement to continue the practice.”

The Associated Press reports that the witness list for the case is made up of over 100 people. This means that the trial is still months away due to the time it will take to prepare.