Got a tip?
Home » Law Students » Law Schools at Rutgers-Newark and Rutgers-Camden Could Merge 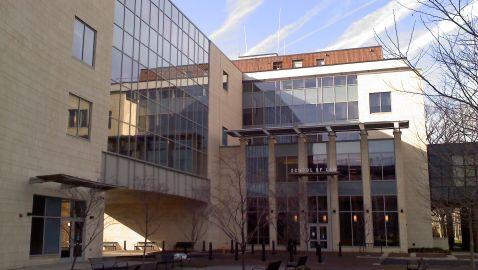 In today’s law school news, it was announced this week by Rutgers President Robert Barchi that a plan has been proposed to merge the Rutgers-Newark School of Law and the Rutgers-Camden School of Law into a single entity as of the fall of 2014. This would create one of the largest law schools in the country, with 1,400 students, and would be called the Rutgers School of Law, according to The Star-Ledger.

“This does not involve moving the schools,” Barchi said. “They still remain 100-percent committed respectively to Newark and to Camden even as we look to develop strong programs across the university.”


A merger would have to be approved by the Rutgers Board of Governors and the accrediting agencies for the law schools. Barchi approves already, and so do the deans and law faculties of both schools.

The dean of the Newark law school, John Farmer Jr., asked, “Does it really make sense for us to be competing against each other?”

“There is a will to have this work out, but in some sense . . . it’s saying they voted for the Declaration of Independence, they haven’t voted for the Constitution. They have said this a good idea to put together; they haven’t voted on the idea,” said Rayman Solomon, the dean of Rutgers University School of Law-Camden in an interview with the Philadelphia Inquirer.

Adam Scales is the associate dean for academic affairs at the Rutgers School of Law-Camden. Scales aid, “I’ve been teaching for 16 years in total, and if you’d asked me about the Rutgers School of Law, I’m not sure I would have known what town it was in. It would not have been clear to me that there are two of them . . . my confusion before coming to Rutgers is undoubtedly shared across the law school community, and that has probably kept us from being as well-regarded as we ultimately can be as one school.”


When students begin to apply for the joint law school, they will use a common application. They will have options to choose their preferred campus, according to Scales.