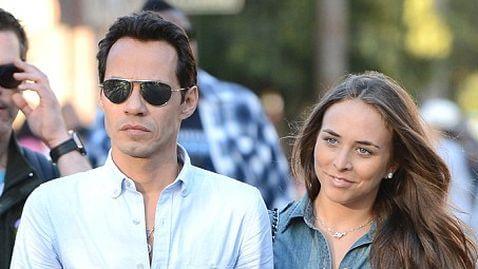 In a bit of celebrity news today, Marc Anthony was recently seen with Topshop heiress Chloe Green, 21, when the two visited Disneyland in Anaheim on Tuesday, according to The Daily Mail.

It does not seem as though the couple has been together long, but Green has already spent time with Anthony’s twins, Max and Emme. They were in attendance on the trip to Disneyland.


Retweeting a message from a friend, she said: ‘”@VasJMorgan: LA thank you … I’ve found myself …” So have I! Xx’

Anthony split with ex-wife Jennifer Lopez in 2011. He raved about the store, Topshop, telling his followers on Twitter that he had ‘the time of my life’ while in the store.

He wrote: ‘Who ever doesn’t know about #Topshop #Topman in LA has to get in on it! Just had the time of my life at The Grove Amazing!’


Green’s father, Sir Philip, is already friends with Anthony. The two met in April of 2009 at a Topshop dinner in New York. They also spent time together on Sir Philip’s Lionchase yacht in the French Riviera in May of 2010.

In a Tweet to a friend, Chloe wrote, ‘LA is our future! But Marc asks what about New York!? Did you forget about your pub!? Already!’