Bronson Pelletier, one of the stars of the Twilight movies, was arrested in the middle of December for public drunkenness after arriving at the Los Angeles International Airport drunk and then allegedly urinating at the terminal in front of hundreds of people.

The entire incident was caught on video, which we have embedded in this post. Be forewarned, the content in the video is graphic, and might offend some people.


Pelletier, 26, was filmed during the incident, and it made its way across the internet. The video was posted to YouTube, which shows the actor stumbling about the terminal looking confused and disheveled.

Pelletier is approached by an official of the airport, but he continues to wander around the terminal for a while before he decides to urinate in the passenger waiting area. The airport official stands right behind Pelletier as he urinates so he does not get away from the area. He is then tackled by a police officer who then cuffs the movie star.


On December 8 Pelletier was arrested for public intoxication in West Hollywood. He was booked and then released in that case. His representatives have denied the claims made against him. 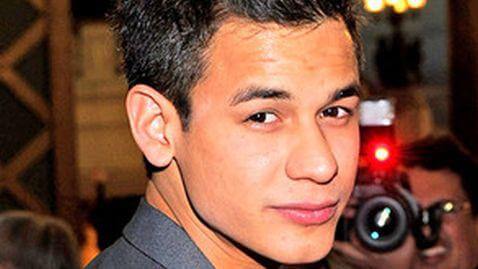