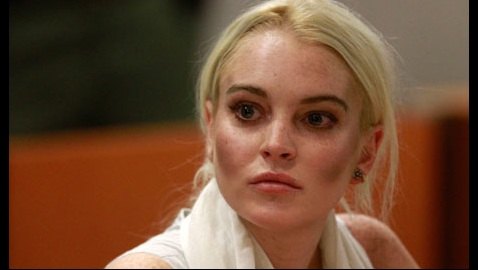 In two exclusive stories from TMZ, Lindsay Lohan has a major drinking problem and used racial slurs. According to the website’s sources, Lohan has been drinking so much that she might be ingesting two liters of vodka per day.

The sources said that Lohan has become so stressed out because of her financial situation and the probation violation, caused by her PCH crash over the summer, that she has resumed drinking heavily. Sources told TMZ that she would begin drinking in the morning as soon as she woke up and then continue to drink as the day continued.


She was involved in a brawl at a nightclub on Thursday morning and arrived at the Justin Bieber concert that day already drunk. She drank all night and became incredibly drunk. Friends of Lohan have stopped trying to help her get better because they say she is violent when she is drunk. The racial slur occurred during the brawl at the nightclub, in which the victim said Lohan issued the racial slur towards her right before the brawl occurred. The woman said Lohan called her a “f**king Gypsy.”

The victim of the racial slur was Tiffany Mitchell, a psychic. Mitchell went up to Lohan to offer her a free reading and Lohan turned down the offer and said, “Give me my space.” Friends of Mitchell said they heard Lohan call Mitchell a “f**king Gypsy” as she was walking away and it enraged her.

According to reports, the friend of Mitchell who heard the slur yelled at Lohan, calling her a ‘whore’ and letting her know that ‘Liz & Dick sucked.’ The psychic was then hit in the eye by Lohan after she lost her composure, causing the brawl to ensue. Lohan was taken into custody for the assault.


The husband of Mitchell told TMZ, “We are not Gypsies. That has nothing to do with our religion … it was a racist comment. Just because your career went down the drain and your new movie sucks, you can’t go around beating people up.”