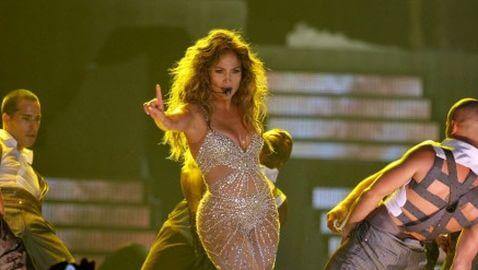 Another report hit the news of a Hollywood wardrobe malfunction, which seems to be occurring quite often lately. This time, the culprit was singer/dancer Jennifer Lopez, who was performing a concert in Italy this past Thursday. Lopez was holding a concert at the Unipol Arena in Bologna.


The nipple slip was not the only time her body was on display during the concert. When Lopez turned her back to the crowd, her Spanx shapewear was easily available for all to see.

Lopez said the following about her current Dance Again tour: “It’s not rocket science. I’m not curing cancer. I’m just entertaining. I had to remind myself, as much work as it is, and as much as I want to do well, everybody there wants to do their best and be successful. At the end of the day those people are there to have fun. You have fun, they have fun. Then it’s a successful night, and so that’s what we do.” 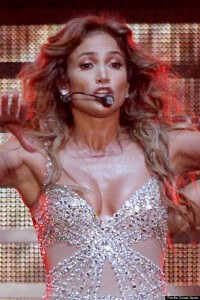