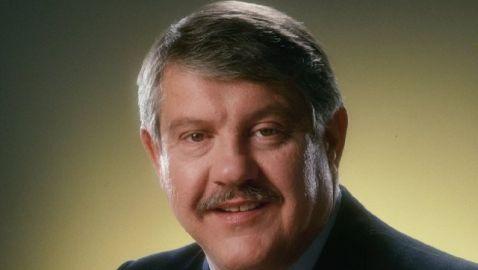 When his football career came to an end, Karras entered the acting world, appearing in the comedy “Blazing Saddles.” One of the best known scenes from that movie involves Karras, as Mongo, knocking out a horse with a punch. During the decade of the 1980s, Karras played the father in the sitcom “Webster.” He also enjoyed time in the broadcast booth for “Monday Night Football.”


“Perhaps no player in Lions history attained as much success and notoriety for what he did after his playing days as did Alex,” Lions president Tom Lewand said.

Karras played college football at Iowa and was inducted into the College Football Hall of Fame. In 1958, the Lions drafted Karras with the 10th overall pick in the draft. During his 12 seasons with Detroit, Karras was an All-Pro defensive tackle three times (1960, 1961 and 1965). Karras was named to the Pro Bowl four times in his career. The Pro Football Hall of Fame recognized Karras on their All-Decade Team for the 1960s as a defensive tackle. He called it a career in 1970 when he was 35.

“Alex Karras was an outstanding player during a time when the NFL emerged as America’s favorite sport,” the NFL said in a statement. “He will always be remembered as one of the most colorful characters in NFL history.”


Following his NFL career, Karras gained most of his fame from acting. He played George Papadapolis, the adopted dad of Emmanuel Lewis on the 1980’s sitcom “Webster.”

“I had a very heavy heart this morning and I did not know why. I understand now,” Lewis said. “Rest in peace, my friend.”


This past April, Karras was the lead plaintiff in a lawsuit filed against the NFL in U.S. District Court in Philadelphia. He is just one of over 3,500 former football players who accuse the NFL of not protecting its players from head injuries.

“This physical beating that he took as a football player has impacted his life, and therefore it has impacted his family life,” wife Susan Clark said in an interview with the AP this year. “He is interested in making the game of football safer and hoping that other families of retired players will have a healthier and happier retirement.”