Got a tip?
Home » Celebrity News » Clint Eastwood Continues to Back His RNC Speech

During an interview with CNN recently, actor Clint Eastwood said that he stands by his speech given at the Republican National Convention last month in Tampa. The speech was well-received by many but Eastwood also received some flack for it.

“One advantage of being my age is that you know what can they do to ya?” Eastwood said. “You just have fun and do what you think and then you can say what you think, you don’t have to edit yourself.”


Eastwood’s speech came on the final night of the convention, leaving a lasting impression on those who saw it. The speech was full of incoherent comments targeted at President Barack Obama and some rambling. Eastwood had an empty chair on the stage with him, pretending that Obama was sitting in the chair.

During the interview with CNN, Eastwood shook his head no when asked if he regretted his stand-up speech. He even said that Romney enjoyed what he had to say.


“He did,” Eastwood said. “He’s got a much better sense of humor than people think. He actually thought it was quite funny.”

Ever since the speech Eastwood has come under fire for the comments made about Obama to the point that people said he was disrespecting the president. Eastwood said all he wanted to do was get the point across that “there needs to be more work done” in Washington.


“You don’t have to idolize these people,” Eastwood said. “They’re there to do a job for you. If they’re not doing their job, you have to evaluate that in your own mind.” 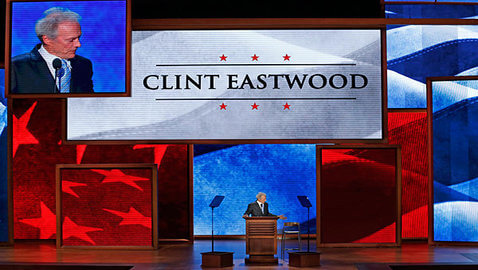