Got a tip?
Home » Celebrity News » Regan Sued By Dreier 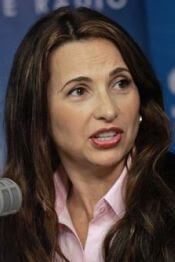 We have good news and bad news for Judith Regan, the former celebrity biography publisher. The bad news is, she’s being sued by her former law firm for unpaid fees related to her wrongful termination suit against News Corporation.

The good news is, that law firm is Dreier LLP. Which as of this week, depending on your definition of “exist,” doesn’t.

Regan was the controversial publisher of her own imprint at HarperCollins called ReganBooks, which specialized in celebrity biographies. She triggered outrage when she unsuccessfully attempted to publish O.J. Simpson’s arguably non-fiction “If I Did It,” his version of the Brown/Goldman murders.


In December 2006, shortly after the Simpson debacle, Regan was fired for making allegedly anti-Semitic remarks. With Dreier LLP as counsel, she sued Harper’s parent corporation for wrongful termination, and reached a $10.75 million settlement with News Corp last January.

Now Dreier, which appears to be missing tens of million of dollars in clients’ escrow money, wants to recoup some of that cash by suing Regan over unpaid legal fees. With Dreier bleeding lawyers, maybe Marc Dreier can hire a prison lawyer to go after Ms. Regan.