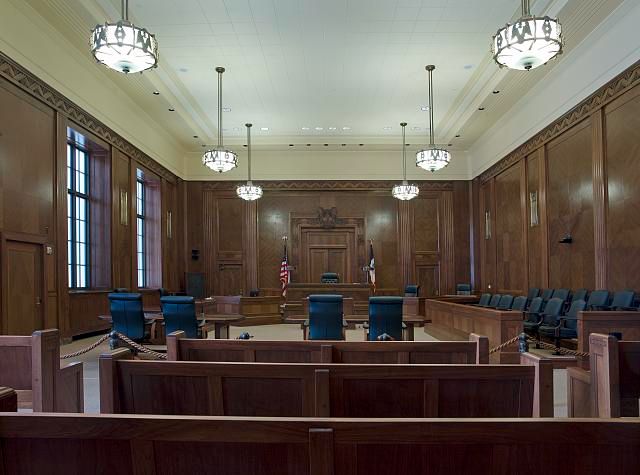 Summary: Federal judges, most often men, are the ones deciding if sexual harassment claims are severe enough to go to trial, so women turn to the media to present their allegations.

The number of sexual harassment allegations against men, many of power and fame, have reached draw-dropping numbers. With such detailed accounts of the harassment being given to the media, some may wonder why these women havenŌĆÖt gone to the courts to get justice.┬Ā The truth is that the legal system has largely failed for victims of sexual harassment.


Two professors wanted to better understand if the legal system can help victims by reviewing job discrimination cases. The professors, Sandra Sperino of the University of Cincinnati and Suja Thomas of the University of Illinois, were looking to learn how judges viewed discrimination cases. They looked at over 1,000 job cases and published their findings in a new book titled, ŌĆ£Unequal: How American Courts Undermine Discrimination Law.ŌĆØ

Sexual harassment is illegal everywhere, in all states and all workplaces. The Civil Rights Act of 1964 defines sexual harassment as a form of gender discrimination, regardless of if the perpetrator is a co-worker or a supervisor. Even with the laws prohibiting such activities, federal court judges often dismiss sexual harassment cases even when they meet the requirements under the law.

These federal judges, most of whom are men, have built a narrow interpretation in the past 40 years of what sexual harassment looks like under the law. Sexual propositions, repeated groping, and sexualized comments while at work donŌĆÖt often meet their interpretation. Sperino said, ŌĆ£ItŌĆÖs shocking. You read about women being groped or rubbed against a lot at work, and judges donŌĆÖt think that creates a hostile work environment.ŌĆØ


Women have brought well-documented claims of sexual harassment at work but federal courts repeatedly dismissing those cases. Less than two percent of job discrimination lawsuits ever make it to the level of needing a jury and only four percent end up being compensated with damages. These claims are the same kinds that have been reported by the media in the past several months.

In order to file a claim against an employer, victims must follow a complicated and strict process. First, they filed a complaint with the U.S. Equal Employment Opportunity Commission, which is in charge of enforcing federal civil rights laws. This process is unusual, in which personal injury or negligence claims can go straight to a lawsuit.


Job discrimination lawsuits must be filed before 300 days after the alleged discrimination happens. The EEOC has six months to review the complaint before the employee can then go to file a lawsuit. The moment the EEOC provides the employee with a Right to Sue notice, they have three months to file their lawsuit.

When the EEOC receives a complaint, they investigate and try to resolve the dispute with mediation. Around half of the time, the investigators are not even able to conclude if the employer committed sexual harassment, which then means the employee can sue their employer in court. Sometimes the complaints can come to an understanding and settle. In the most serious cases, the EEOC will sue the employer. Last year, the EEOC had over 6,700 sexual harassment claims. They were able to resolve 23 percent of those cases in favor of the employee. In 54 percent of the claims, the investigation was unable to find enough evidence of harassment. The employees in those cases are able to sue their employer but their chances of success are very small. The details of the investigations are kept private unless the employee files a lawsuit in federal court.

The reason so very little cases end up making it through to a trial are that judges look at the summary judgment to determine if a reasonable person would find the alleged behavior to be in violation of the law. This often means that unless the employee claims they were raped by their employer or co-worker, then the case gets tossed out. The judges have formed two definitions of illegal sexual harassment ŌĆō quid pro quo harassment and a subjective form.

The quid pro quo cases are the most common form when the employer forces the employee to deal with sexual harassment in order to keep their job, get a raise, or other benefits. This type only has to happen once to be considered illegal. The subject type of sexual harassment is seen as a severe behavior that creates a hostile work environment. The behavior is open to interpretation with juries and judges weighing how often it occurred with if it was verbal or physical harassment and who was responsible for the action. These ones are most likely to be dismissed by a judge because they may not find the behavior to be bad enough.

Vox outlined a few cases that were dismissed in recent years because the federal judges did not believe a reasonable person would find the allegations serious enough to make a hostile work environment. In one of the cases, an Alabama woman working for Blue Cross Blue Shield claimed her supervisor asked her to spend the night with him at a hotel, asked her to ŌĆ£blowŌĆØ him, called her ŌĆ£babe,ŌĆØ would unzip and zip his pants in front of her, and said the only reason she had a job was that they ŌĆ£needed a skirt in the office.ŌĆØ The supervisor also had a habit of calling women ŌĆ£slut,ŌĆØ ŌĆ£tramp,ŌĆØ and ŌĆ£b****.ŌĆØ The case was dismissed by the U.S. District Court for the Northern District of Alabama and upheld by an appeals court in 2007.

With even just this one case as an example, it has provided ammunition for other cases to get similar lawsuits thrown out. Sperino said, ŌĆ£Judges feel compelled to follow these older cases, even though many cases in the ŌĆś90s were probably wrongly decided and havenŌĆÖt aged well.ŌĆØ

Do you think the legal system, especially the judicial courts, need an overhaul with measures in place that do not allow one judge, who is commonly male, to decide what sexual harassment is? Share your thoughts with us in the comments below.

To learn more about judges and attorneys accused of sexual harassment, read these articles: