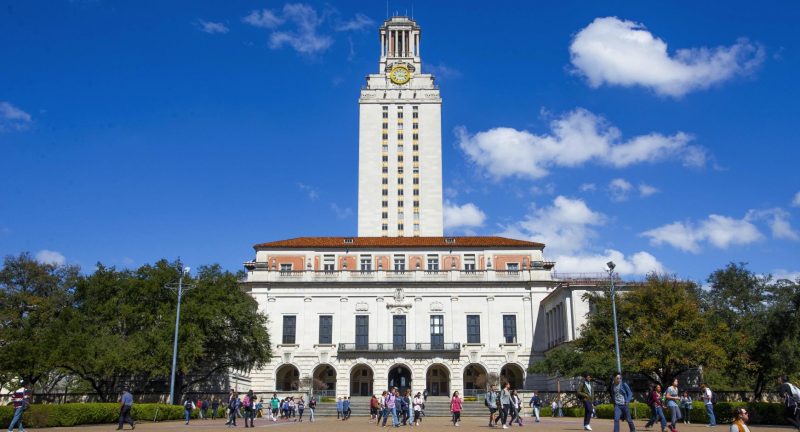 University of Texas- Austin. Photo courtesy of the university.

Summary: An organization has sued the University of Texas for removing four Confederate monuments.

The white supremacist rally in Charlottesville in mid-August prompted some local leaders around the country to remove their Confederate monuments. At the University of Texas, four statues were removed overnight last week, and this has prompted a group to file a lawsuit against the state school.


According to┬ĀFox News,┬Āthe Sons of the Confederate Veterans are suing the University of Texas and its president. They said the removal of the monuments violated their rights and that the school should have asked for public input before action was taken.

ŌĆ£The statues were part of a bequest Maj. Littlefield made to the university that included funds for the promotion of American history from the Southern perspective,ŌĆØ the lawsuit stated.

The quartet of statues quietly removed were of John Reagan, Robert E. Lee, Albert Sidley Johnston and James Stephen Hogg. The university planned to relocate the statues to another place on campus other than the Main Mall.


This is not the first time that Sons of Confederate Veterans sued the university. In 2015, they had filed another lawsuit over the removal of a monument to Confederate President Jefferson Davis. That lawsuit was not successful and the statue was moved.

This time, the plaintiffs in the lawsuit argue that George Littlefield, a UT regent and Confederate veteran, paid┬Āalmost┬Ā$250,000 for the statues and that they are now worth almost $3 million. They said that when Littlefield supplied the statues he had also given land and money in an agreement that the school will thus honor the┬Ā“Southern perspective of American history.”

UT’s attorney, Patti Ohlendorf, said that the university and president had consulted with several people before the statues were removed and that their decision was legally┬Āsound.

Last week, Texas University President Gregory Fenves confirmed the removals were a result of the ŌĆ£horrific displays of hatred at the University of Virginia and in Charlottesville. These events make it clear, now more than ever, that Confederate monuments have become symbols of modern white supremacy and neo-Nazism.ŌĆØ

Fenves added, “We do not choose our history, but we choose what we honor and celebrate on our campus.ŌĆØ

In mid-August, hundreds of white supremacists came together in Charlottesville to protest the removal of the Confederate monument to Robert E. Lee. The protest brought counter-protestors, and on August 13, a Dodge Challenger driven by a white supremacist mowed into a crowd, injuring 19 and killing one woman.

The tragedy sparked the University of Texas to remove its Confederate monuments. Cities such as Baltimore also removed their statues.

The Mayor of Baltimore, Catherine Pugh, said that it was time for the city to stand up to racism and that she was prepared to fight anyone who challenged her decision in court.

What do you think of the recent lawsuit filed against UT-Austin? Let us know in the comments below.