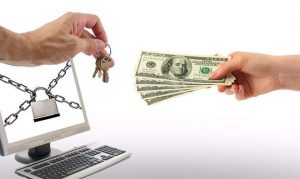 Summary: After a ransomware has been circulating the globe and attacking companies recently, DLA Piper has become the first law firm hit by the attack.

Law firms are ideal targets for hackers because of the sensitive information they are responsible for. However, this is a lesson law firms are still learning. Apparently, law firms still have a problem with their cyber security even though they know they are at risk and have been warned thoroughly. DLA Piper is the latest law firm to be hit by cyber hackers, just days after the firm published an article on protecting against cyber-attacks. DLA Piper has offices in Europe, the Middle East, United States and Australia that have been affected by the attack. Rumor has it that the attack originated from an office in Spain. New Zealand Managing Partner Martin Wiseman said, ŌĆ£In response to this incident, DLA Piper globally has shut down all IT infrastructure. Your data is secure and has not been ex-filtrated.ŌĆØ


The ransomware attack is known as Petya. It has crippled DLA Piper and has been hitting organizations across the globe. Their computer systems and phones were rendered useless from the hacking. Their website is still live even though their internal servers have been rendered useless for the time. The firm stated, ŌĆ£The firm, like many other reported companies, has experienced issues with some of its systems due to suspected malware. We are taking steps to remedy the issue as quickly as possible.ŌĆØ

DLA Piper and other major law firms spend big bucks to protect their firms from hackers. The firm considers themselves to be a leader in the industry, publishing ŌĆ£9 Things You Should Know to Protect Your Company from the Next Attack.ŌĆØ The article is a bit prophetic in that it states the specific ransomware attack that got them, WannaCry, as one that is ŌĆ£just the tip of the iceberg.ŌĆØ

Lawyers are finding themselves lost with nothing to do and no access to their work or even emails. A photo circulating on Twitter from the Washington D.C. office states, ŌĆ£ATTENTION DLA EMPLOYEES- All network services are down, DO NOT turn on your computers! Please remove all laptops from docking stations and keep turned off. No exceptions.ŌĆØ


The ramifications of a law firm being rendered helpless are terrifying for a firm and their clients. Imagine what would happen if litigators canŌĆÖt access motions on a deadline or trial lawyers are unable to prepare arguments with key documents. Clients will become anxious and angry.

President John Sweeney of LogicForce told The American Lawyer, ŌĆ£The domino effect of doing something like this to a law firm permeates so many different parts of business. Suffice it to say, itŌĆÖs going to touch hundreds of different points of business, and not only in the U.S. ItŌĆÖs a nightmare, thereŌĆÖs no doubt about it.ŌĆØ


WannaCry is demanding $300 in Bitcoin in exchange for a ŌĆ£decryption codeŌĆØ that frees up their servers. Security experts are attempting to find the extent of the encryption and if any damage has been done by the ransomware. A blockchain transaction report indicates that 27 organizations have paid the ransom.

Do you think other law firms will be hit by this latest ransomware attack? Tell us in the comments below.

To learn more about cyber security threats for law firms, read these articles: