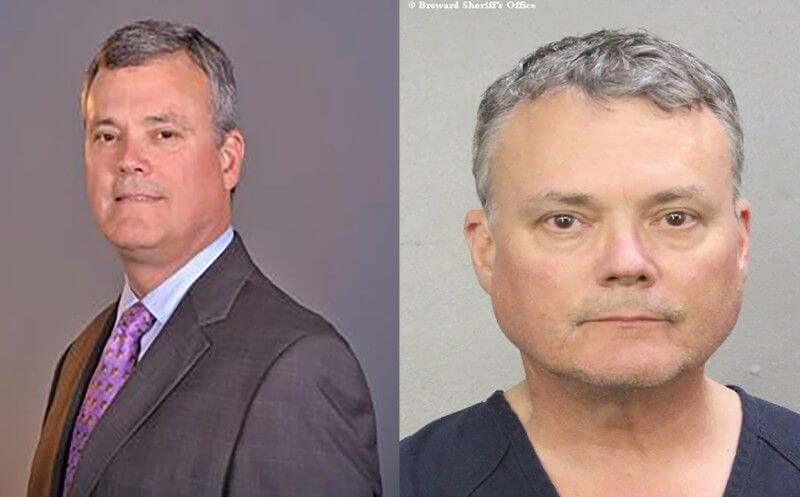 A Hollywood City, Florida attorney got a big wake-up call when his car crashed into a concrete wall after having a little too much to drink. Jeff Sheffel was arrested for DUI following his accident on Sunday night around 6 p.m.


Sheffel drove his car onto a sidewalk on a bridge crossing the Intracoastal Waterway. He only stopped because his car got stuck between a concrete wall and a guard rail on the Hollywood Boulevard Bridge. The attorney tried to claim that he had fallen asleep behind the wheel and was not drunk.

When police arrived on the scene Sheffel was confused, dazed, and omitting smelling strongly of alcohol. He told police that he was just tired from being out in the sun all day for the St. PatrickŌĆÖs Day festival the city holds and that he missed he dose of diabetes medication.

Sheffel rode on a parade float with the entire city commission earlier in the day. His accident occurred around the same time the festivities were being cleaned up. He said, ŌĆ£Until IŌĆÖve spoken with an attorney, IŌĆÖm not going to say much. I intend to fight the charge. I will be at work tomorrow.ŌĆØ


The police report states that Sheffel admitted to the first officer on the scene that he was drunk, ŌĆ£I know I had too much to drink. I had too many beers.ŌĆØ Once it was determined who was involved in the accident and the manner of the accident, Hollywood police asked the Broward SheriffŌĆÖs Office to handle the investigation in order to avoid any conflict of interest.

Sheffel declined a breath test but consented to taking the field sobriety test. He failed the test and was then arrested. It is unclear how the arrest will affect his job as the cityŌĆÖs attorney. He has been with Hollywood since 2008. He posted the $1,500 bail Monday morning after spending the night in jail.


Comissioner Debra Case admitted to having a few beers with Sheffel after the parade but does not know what he did after that. She added, ŌĆ£ItŌĆÖs really sad. HeŌĆÖs always been a Steady Eddie. I believe he is an awesome attorney for us. I donŌĆÖt think he should lose his job over this.ŌĆØ

Do you think Sheffel should lose his job if he is found guilty of DUI? Tell us in the comments below.

To learn more about other attorneys with drinking problems, read these articles: