Got a tip?
Home » Lawyers » Biglaw » After Months of Testimony, Dewey & LeBoeuf Trial Comes to End 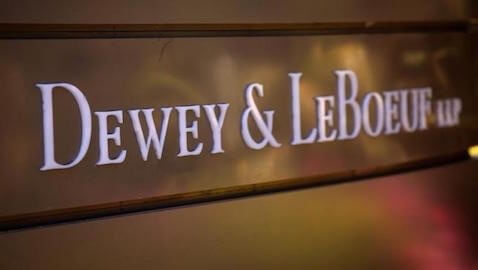 Summary: The months-long trial involving former executives at Dewey & LeBoeuf is coming to a close.

A trial that has captivated the entire world is almost over.


According to American Lawyer, defense attorneys for Steven Davis and Stephen DiCarmine, the former chairman and former executive director, respectively, of the firm, gave their closing statements on Tuesday. The jury appeared to be enthralled as the attorneys spoke.

Elkan Abramowitz, DavisŌĆÖ attorney said, ŌĆ£There is not one shred of evidence that Mr. Davis acted in anything other than good faith. He never had any intent to defraud anyone.ŌĆØ During his closing arguments, which, according to the New York Times, lasted three hours, he stated that the case against his client was ŌĆ£fantasy fraud.ŌĆØ 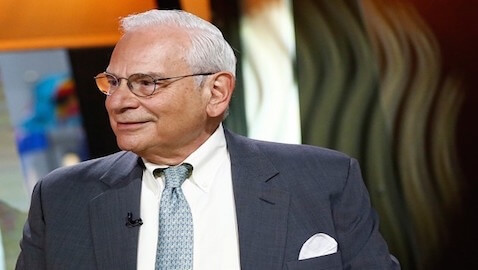 
Davis, DiCarmine, and former chief financial officer Joel Sanders have been accused of deceptive practices that misconstrued the financial state of the law firm to lenders and investors prior to its collapse in 2012. Since May, when the trial began, the state has called over 40 witnesses. Defense attorneys, however, rested their case without calling one witness.

Read about the defenseŌĆÖs decision here.


Abramowitz began by reminding the jury that, during voir dire, he asked them to promise to consider the evidence against Davis fairly. Abramowitz said, ŌĆ£I believe that you will agree that I kept my promise to you, and I am confident that you will keep your promise to me and vote not guilty.ŌĆØ

According to the defense team, the firmŌĆÖs 2012 bankruptcy was caused by the exodus of top partners. Davis had tried to keep these partners satisfied over the years with substantial guarantees, even if the firm did not meet its goals.

These lenders are the supposed victims in the criminal case. The three former executives are accused of changing the firmsŌĆÖ accounting records, falsely inflating its bottom line so that it could borrow money.

Abramowitz said, ŌĆ£The decision of the banks and the investors to pull out had absolutely nothing to do with the comparatively small accounting adjustments, which were the focus of the prosecutionŌĆÖs case.ŌĆØ

The prosecution rested at the end of August.

Abramowitz pointed to what he called a lack of evidence that linked Davis to the alleged conspiracy to mislead the investors. Each witness the prosecution called said that they either never communicated with Davis or merely interacted with him in passing, so they could not have conspired with him to commit fraud. Reuters added that Frank Canellas, the prosecutionŌĆÖs star witness, even stated that he did not recall discussing any false accounting changes with Davis.

Abramowitz explained, ŌĆØCalling or suggesting that Mr. Davis is the kingpin of a criminal syndicate does not make him guilty,ŌĆØ Abramowitz said. He added that Davis ŌĆ£wasnŌĆÖt communicating to this vast organization with winks and nods.ŌĆØ

Abramowitz then went through 15 points that he said were ŌĆ£reasons to doubtŌĆØ the prosecution. Additionally, Abramowitz noted that the prosecution never put an accounting expert on the stand. ŌĆ£The truth of the matter is that none of us in this courtroom really know whether these adjustments were proper,ŌĆØ Abramowitz remarked.

Abramowitz also reminded the jury that testimony from cooperating witnesses demonstrated that they did not know certain accounting adjustments were illegal. At least one did state┬Āthat the adjustments were wrong. Abramowitz posited, ŌĆ£How could they have conspired with Mr. Davis to do anything wrong if they didnŌĆÖt know they were doing anything wrong?ŌĆØ

Abramowitz frequently called the former partners of the firm greedy and jealous. He attempted to demonstrate that keeping the partners happy at the firm was difficult but necessary for Davis as he struggled to keep the firm alive.

Abramowitz commented, ŌĆ£Mr. DavisŌĆÖ role was to keep the quarrelsome partners together as [a] team,ŌĆØ Abramowitz said. DavisŌĆÖ solution was to ŌĆ£pay them and pay them well so they would not be tempted by offers at competing firms.ŌĆØ 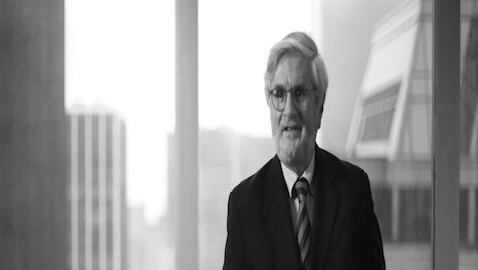 Campriello argued that the March 2012 departure of a substantial corporate insurance group, headed by Michael Groll, John Schwolsky, and Alexander Dye, was what┬Āpermanently damaged the firm. ŌĆ£Dye, Schwolsky and Groll ripped the heart out of the law firm,ŌĆØ Campriello argued.

The financial crisis, as well as the publicity surrounding the investigation of the firm ŌĆ£torpedoedŌĆØ merger talks with Greenberg Traurig, Campriello added, which ŌĆ£put the stake in the heart of Dewey & LeBoeuf.ŌĆØ

Campriello brought up flattering testimony that witnesses provided about DiCarmine. A former human resources director said he was ŌĆ£awesome.ŌĆØ

Campriello referred to a list of witnesses that was projected onto a screen for the juryŌĆÖs viewing. He noted how each of them never interacted with DiCarmine or never said anything incriminating about him. Associate Anne Redcross marked out names with a red sharpie as Campriello addressed the jury. 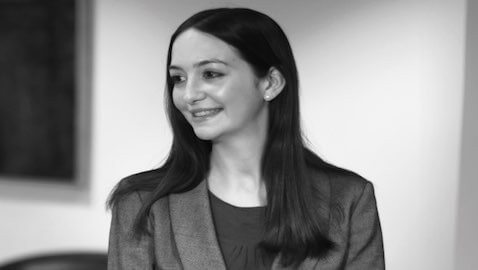