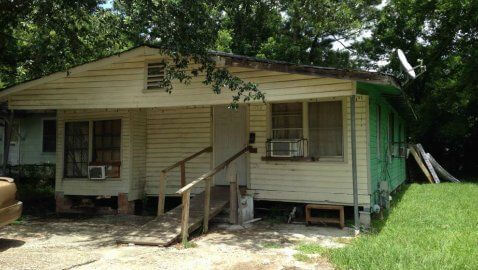 Summary: Baton Rouge Police responding to a noise complaint made the gruesome discovery inside the house of a severely malnourished teenage boy.

Police were responding to a noise complaint in Baton Rouge, Louisiana when the found more than they had bargained for. Outside the home in a car sat his mother Rose Holland and Cathy Fort. Police instructed them to turn the music blasting from inside the house down. While they were exiting the car, police noticed a clear glass pipe with white residue inside. The white residue turned out to be crack cocaine.


The two were arrested and charged possession of crack cocaine and drug paraphernalia. When an officer went inside the residence to check for more contraband, they discovered the boy lying on a cot. The 15-year-old boy was reportedly experiencing a seizure when the officer entered the home.

The boy was stuck to the cot, which was covered in urine and feces. There were cockroaches crawling all around him. It appears that he had been stuck to the cot for days with severe bed sores and bug bites covering his body.

The boy was rushed to the hospital in an ambulance where he is now in critical condition. The boy weighs just 47 lbs. The normal weight for a 15-year-old is 105-125 lbs.


Holland has also been charged with cruelty to a juvenile.