Got a tip?
Home » Celebrity News » 50 Cent is Broke: Rapper Files for Bankruptcy 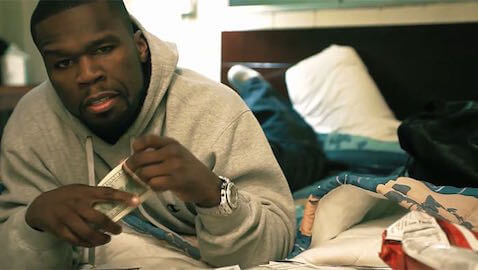 Summary: Rapper 50 Cent, once worth over $100 million, has filed for Chapter 11 bankruptcy.

According to Fox News, 50 Cent may not even have that much money to his name.


The rapper, who is legally named Curtis Jackson III, filed for bankruptcy on Monday. In the past, he was worth as much as $150 million, CNBC┬Ānoted.

Recently, 50 Cent was scheduled to testify in a $5 million sex tape trial. On July 10, after just 70 minutes of deliberation, six jurors found that the rapper, as part of a rivalry with rapper Rick Ross, posted a private sex video that featured the mother of RossŌĆÖ children online for millions of viewers to see.

Read about a previous case between 50 Cent and Sleek Audio here.


Lastonia Leviston, the woman in the video, sued 50 Cent in 2010, arguing that the videoŌĆÖs posting nearly caused her to kill herself.

50 Cent was supposed to provide a net worth statement, as well as his state and federal tax returns for the past five years, on Monday so that the jury could calculate punitive damages in addition to the $5 million award for emotional distress.

The Chapter 11 filing says that 50 Cent has $10 to $50 million in assets, and $10 to $40 million in liabilities. Creditors are estimated to be between 1 and 49. According to BBC, Chapter 11 allows companies time to reorganize their finances while remaining protected from creditors.

The claim was filed just a few days after the New York Times called him a ŌĆ£Renaissance ManŌĆØ who enjoys Versace shirts and has ŌĆ£exceptional business instincts.ŌĆØ

50 Cent tried to avoid the trial in May by filing for bankruptcy on behalf of his boxing promotions company. However, a federal judge ruled that the civil case must proceed, and threatened to slap the rapper with sanctions.