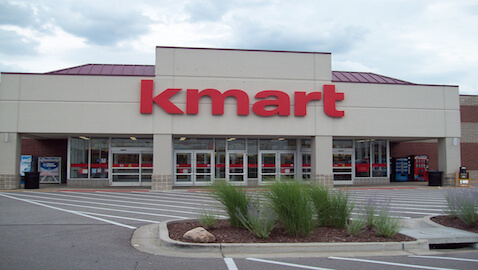 Summary: Kmart has announced it will open at 6:00 a.m. on Thanksgiving Day to allow Black Friday shoppers additional time to hunt for deals.

In whatŌĆÖs been called a ŌĆ£War on Thanksgiving,ŌĆØ Kmart and Sears join many stores that open on Thanksgiving, which, according to many, forces their employees to miss holiday fun with their families for low wages. However, a Kmart and Sears spokesperson stated that stores will be employing seasonal workers, as well as employees┬Āwho have volunteered to take on the Black Friday crowds. They will earn ŌĆ£holiday payŌĆØ in exchange.

Leena Munjal, senior vice president for Sears Holdings, said, ŌĆ£This holiday season is all about giving more to our members and because many like to start shopping well before Black Friday weŌĆÖre excited to open our doors early on Thanksgiving and offer other early access opportunities for them to shop and save.ŌĆØ

In addition to Sears and Kmart, shoppers will also be able to make purchases┬Āat most Wal-Mart stores all day on Thanksgiving, and MacyŌĆÖs will open at 6:00 p.m. that evening. MacyŌĆÖs will pay its employees time-and-a-half for working the holiday.

Costco and SamŌĆÖs Club have stated that they will remain closed on Thanksgiving Day.

Last year, many were outraged that Kmart opened at 6:00 a.m. on Thanksgiving Day. In addition, opening so early did not really affect Kmart’s┬Āsales: comparable-store sales at both Kmart and Sears dropped during last yearŌĆÖs holiday season.

Sears Holdings, which has been hurting financially in recent months, will be closing over 100 underperforming stores. Thousands of employees will be laid off as the company attempts to generate cash.