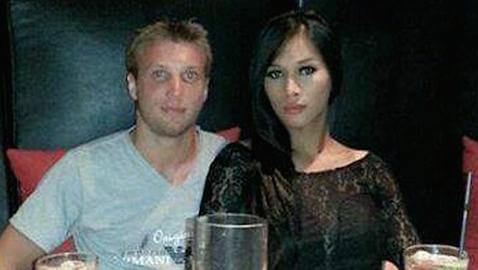 Summary: An Australian chef and his girlfriend had a seemingly normal relationship, but police discovered that the chef had murdered, dismembered, and cooked his girlfriend before he killed himself.

The Huffington Post has the latest on a disturbing news story: Marcus Volke, a 28-year-old chef from Australia, not only murdered his Indonesian girlfriend, Mayang Prasetyo, but dismembered her body and cooked the pieces on his kitchen stove.


The horrifying discovery was made by the police when they entered the couple‚Äôs apartment near Ballaret. Volke was using the stove to boil several pieces of Prasetyo’s body in chemicals. Once he was caught, Volke dashed out of the apartment and killed himself shortly thereafter, using a knife to commit suicide¬Ýin a large bin not far from his apartment.

On Saturday night, several residents in Volke‚Äôs apartment complex complained about a ‚Äúrotting meat‚Äù smell that was seeping out of the apartment. In addition to the body parts that were boiling on the stove, Volke had also stored other parts of Prasetyo in garbage bags in the apartment.

Courtney Thorensen-Reichart, a neighbor of Volke‚Äôs, stated, ‚ÄúI smelled something a few days ago, but we‚Äôve had sewerage problems through the building over the past few weeks, which building managers have been trying to solve. It smelled like dog food, so I just thought someone had either been feeding their animal or the dog had made a mess.‚Äù


Volke‚Äôs mother, Dorothy, was shocked at her son‚Äôs crime. She stated that there were no signs that there was anything wrong with Volke or that he suffered from any mental illness. She also was not aware that Volke met Prasetyo, who worked as a transgender cabaret dancer, during his tenure as a chef on an international cruise ship. She had not seen Volke for over a week before the grisly scene was discovered. Police have not yet determined how long Prasetyo had been dead before they arrived.

Dorothy added, ‚ÄúI‚Äôm not sure what he was doing‚Äîlast we knew he was working on boats.‚Äù


No one is sure why Volke would commit such a heinous crime against his girlfriend. Other tenants in the complex observed what appeared to be a normal relationship. Volke‚Äôs Facebook page demonstrated he abhorred violence against both women and animals.

Prasetyo‚Äôs Facebook profile was loaded with comments from friends and family. ‚ÄúRIP beautiful, the world will not be the same without you ‚Ä¶ you were always such a happy, cheerful person, I will miss you so much ‚Ä¶‚Äù one friend wrote.

Police investigators have stated they are reviewing camera footage from nearby apartment complexes as they continue their study of the case.