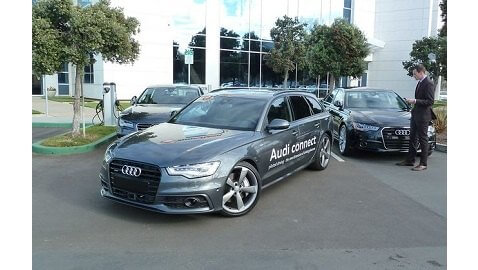 The largest criminal antitrust investigation in the history of the Justice Department involves price-fixing and bid-rigging in the auto parts industry, according to the Associated Press.

Raids in the Detroit area made the investigation public four years ago and led to criminal charges against dozens of individuals and companies. The investigation has stretched beyond the United States to multiple continents.


“It’s a very, very safe assumption that U.S. consumers paid more, and sometimes significantly more, for their automobiles as a result of this conspiracy,” Brent Snyder, a deputy assistant attorney general in the antitrust division, said in an interview.

The Justice Department said that 34 individuals have been charged and 27 companies have either agreed to plead guilty or have done so already. All told, the parties involved have agreed to pay $2.3 billion in fines. In September, Attorney General Eric Holder promised that investigators “would check under every hood and kick every tire.”

On Thursday, an exec from a company in Japan was charged with conspiring to fix prices of heater control panels that are sold to Toyota. The exec was also charged with persuading workers to destroy any evidence.


“The firms will just make more money if they’re able to reach and stick to an agreement to collectively charge higher prices so that customers can’t get them to bid against each other,” said Spencer Weber Waller, director of the Institute for Antitrust Consumer Studies at the Loyola University Chicago law school. “The problem is, of course, it’s a felony in the United States.”

The offices of Denso Corp, Yazaki North America and Tokai Rika were raided in Detroit, which made the investigation public. All three have pleaded guilty in bid-rigging and price-fixing scams. Since those initial raids, the investigation has increased to include $5 billion of auto parts. Those parts include steering wheels, ignition coils, seat belts, rubber parts for vibration and windshield wipers.