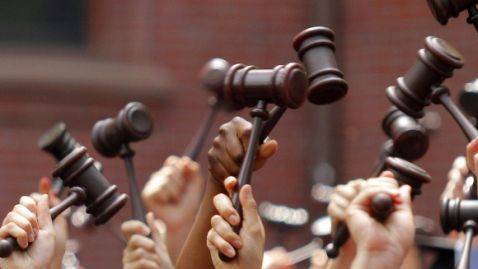 The employment numbers for law school graduates stayed pretty much the same last year, according to data released by the American Bar Association. The data showed that 82 percent of graduates had some type of employment nine months after graduation. This is the same percentage as graduates from the class of 2011, according to The National Law Journal.

The data also showed that 56 percent of graduates acquired long-term, full-time jobs that require passage of the bar exam. This is a one percent increase from the previous year. There was a one percent decrease in the number of unemployed graduates, hitting 11 percent nine months following graduation.


The newest data from the ABA was released on Friday and it consists of graduate hiring info up until February 15. The class of 2012 in the legal world was the largest ever, at 46,364 students. This class was five percent larger than the class of 2011.

In the category of long-term, full-time jobs where a law degree is an advantage and not a requirement, 10 percent of graduates held those jobs. This is a 1.4 percent increase from 2011. In jobs paid for by graduates’ law schools, the numbers dropped to four percent in 2012 compared to 4.5 percent in 2011.

Employment information was provided for 97 percent of law school alums in 2012 compared to 96 percent in 2011.