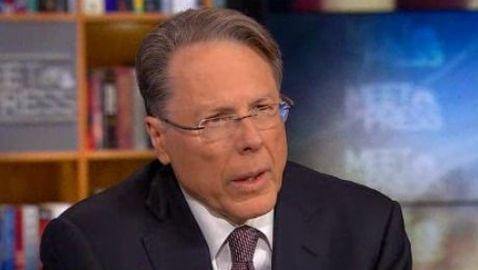 The CEO of the National Rifle Association, Wayne LaPierre, said that New York Mayor Michael Bloomberg “can’t buy America” when he was on NBC’s “Meet the Press” on Sunday, according to CBS News.

The comment was in response to Bloomberg announcing that he will spend $12 million for an ad campaign that targets 2014 candidates who do not support legislation for gun control. He made his announcement on Saturday.


The group Bloomberg belongs to, Mayors Against Illegal Guns, is the vehicle for the ad campaign. It includes 900 mayors from across the nation.

“We have people all over, millions of people, sending us $5, $10, $15, $20 checks, telling us to stand up to this guy that says that we can only have three bullets, stand up to this guy that says ridiculous things like, ‘The NRA wants firearms with nukes on them’ – I mean it’s insane the stuff he says,” LaPierre said. “He’s so reckless in terms of his comments on this whole gun issue.”


Bloomberg also made an appearance on the show, saying that there is “a lot of work” for advocates of stricter gun laws. This includes the battle for a ban on assault weapons. But, Bloomberg did say, “I think we are going to win this.”

“I don’t think there’s ever been an issue where the public has spoken so clearly where Congress hasn’t eventually understood and done the right thing,” Bloomberg said. “We’re trying to do everything we can to press upon the senators this is what the survivors [of gun violence] want.”


On ABC’s “This Week,” GOP strategist Karl Rove said that the tragedy at Sandy Hook could not have been stopped even with a comprehensive background check.

“Let’s be clear about this: This was prompted by the Sandy Hook murders,” Rove said. “Those guns were legally purchased with a background check. This would not have solved something like that. Let’s be very careful about quickly trampling on the rights of people. Look – you want to get something done? Then stop scaring people.”

Let us know your thoughts on LaPierre’s and Bloomberg’s comments from “Meet the Press” in our comments section.