Got a tip?
Home » Weird News » Washington Lawmaker Claims Bicycling is Bad for the Environment and Should be Taxed 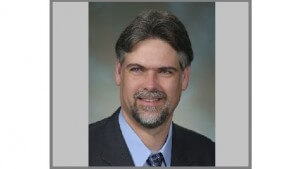 Washington is imposing a new bike tax. That is annoying enough, but the explanation offered by representative Ed Orcutt (R-Kalama) hasn’t justified the tax to anybody’s satisfaction, least of all to Seattle Bike Blog, who reported on it. When Dale Carlson, owner of BikeTech in Tacoma, queried him through email about the new tax, Orcutt denied that bicycling is good for the environment. After all, cyclists have “an increased heart rate and respiration. That means that the act of riding a bike results in greater emissions of carbon dioxide from the rider. Since CO2 is deemed to be a greenhouse gas and a pollutant, bicyclists are actually polluting when they ride.”

The comment, clearly inane, led him to apologize later. “My point was that by not driving a car, a cyclist was not necessarily having a zero-carbon footprint,” he said in an email, as reported by Reuters. “In looking back, it was not a point worthy of even mentioning so, again, I apologize.”

What about the rest of his email he sent to Carlson? In regard to these sales tax, which will add 5 percent to local sales taxes for bikes costing over $500 — in Seattle, for instance, tax would be 14.5 percent — Orcutt claims that cyclists don’t pay any road taxes insofar as they are biking, since they don’t use gasoline. The new tax is anticipating taking in $1 million over a ten year period, which Orcutt characterizes as a great deal for cyclists, as the bike lanes the state is putting cost more than $1 million.


“When you are riding your bicycle, tell me what taxes are being generated by the act of riding your bicycle. Sales tax does not go into roads.” That bicyclists might also drive cars and pay other manner of taxes doesn’t count. Instead, cyclists should be grateful. “You’re asking for a whole lot more back than what you’re going to put in,” he said.