Got a tip?
Home » Legal News » Stepmother of Christian Choate Sentenced to 35 Years in Prison 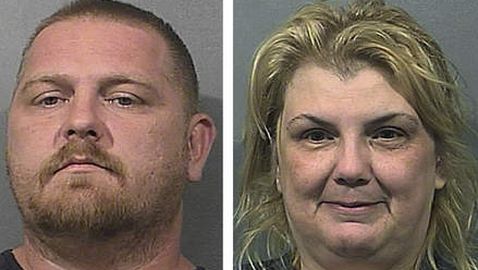 Earlier this week, Kimberly Kubina was sentenced to 35 years in prison for the 2009 neglect and death of her 13-year-old stepson. Kubina, 47 and from Gary, Indiana, pled guilty to felony neglect in May in the death of Christian Choate. In court on Tuesday Kubina said that she was ‘remorseful’ for her stepson’s death.

Choate’s body was discovered underneath a thin layer of concrete in May of 2011 close to the Gary mobile park home of Riley choate, the former husband of Kubina. It is believed that the boy died in April of 2009 after he was held in a three-foot-high dog cage for close to one year. It has been reported that he was only let out of the cage so he could use the bathroom and to eat. He was repeatedly beaten and starved.


According to an autopsy, Christian suffered blunt force trauma to his body, a skull fracture, and internal bleeding prior to dying. The Chicago Tribune reported that his body was discovered after his older sister informed police about what occurred.

Initially, Riley Choate and Kubina both entered not guilty pleas to all of the charges related to the boy’s death. Choate decided to make a deal with prosecutors and plead guilty to some of the charges in exchange for a lesser sentence and avoiding a trial by jury. In January, Choate was sentenced to 80 years in prison after he pled guilty to felony charges of neglect of a dependent causing death and moving a body after death.