Got a tip?
Home » Legal News » Manhunt for Christopher Dorner in California 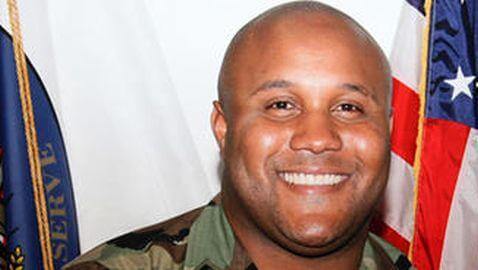 Three states and Mexico have been on alert for the past couple of days after former LAPD officer Christopher Dorner killed a police officer and two others. On Thursday afternoon, the focus of the manhunt for Dorner was centered on Big Bear Lake after Dorner’s burned pickup truck was found.

San Bernardino County Sheriff John McMahon said said, “He could be anywhere at this point, and that’s why we’re searching door to door.”


Southern California highways were patrolled by heavily armed officers on Thursday as police officers went door-to-door in an effort to track down Dorner. Other officers guarded the homes of people whom Dorner vowed to attack in something he posted on the internet.

In Dorner’s manifesto, he said, “I will bring unconventional and asymmetrical warfare” to Los Angeles Police Department officers. “Unfortunately, I will not be alive to see my name cleared. That’s what this is about, my name. A man is nothing without his name.”

Police Chief Charlie Beck, at a news conference, said, “Of course he knows what he’s doing; we trained him. He was also a member of the Armed Forces. It is extremely worrisome and scary.”


The LAPD utilized 10,000 officers to protect potential targets and their families. The department also removed officers on motorcycle duty out of fear that they would be easy targets.

“I never had the opportunity to have a family of my own, I’m terminating yours,” the manifesto said.


Dorner was fired from the LAPD in 2008 when he made false statements. He is the suspect in a killing this past weekend of a woman who was the daughter of a former police captain who represented him during his hearing with the department. The victims include Monica Quan and fiance Keith Lawrence. They were shot in their vehicle at a parking garage for their condo on Sunday. Quan worked as an assistant basketball coach for the women’s team at Cal State Fullerton. Lawrence worked as a safety officer for the University of Southern California.

According to police, Dorner implicated himself in those killings. They are almost certain he wrote it because he spoke of details only he would know.

Dorner said that he would be vilified by the media and the LAPD but wrote that “unfortunately, this is a necessary evil that I do not enjoy but must partake and complete for substantial change to occur within the LAPD and reclaim my name.”

“Self-preservation is no longer important to me. I do not fear death as I died long ago,” the manifesto said. “I was told by my mother that sometimes bad things happen to good people. I refuse to accept that.”

“I will utilize every bit of small arms training, demolition, ordinance and survival training I’ve been given,” the manifesto read. “You have misjudged a sleeping giant.”

Two officers headed to protect a potential target were stopped by a resident at a gas station in Corona who claimed they saw Dorner. They followed a pickup truck until it stopped. The driver, believed to be Dorner, fired a rifle, grazing an officer’s head. Later in the day, two officers performing routine patrols were ambushed at a traffic light. A motorist pulled alongside their vehicle and opened fire using a rifle. One of the officers died.