Got a tip?
Home » Home » Jury Orders Teva to Pay 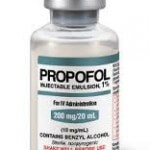 A jury has ruled that drug maker Teva Pharmaceutical Industries Ltd. Along with two other drug makers must pay $162.5 million. This money is in the form of punitive damages related to the sale of an anesthetic known as Propofol. The Propofol was sold in that it gave three colonoscopy patients Hepatitis C.

The jurors in the case in a Nevada state court in the city of Las Vegas has ordered the three pharmaceutical companies to pay the punitive damages because they sold the drug in too large of a vial. The size of the vial was large enough to allow the doctors to reuse the same container with the drug inside while performing colonoscopies. Since the vials were large enough to allow the reuse there was the potential to spread any number of diseases, though in this case it was Hepatitis C.


The prosecutors originally sought out more than $700 million in damages. The two other companies that are required to pay damages to the patients include Baxter Healthcare Corp. and McKesson Corp.

It is interesting to note that this is not the first time that Baxter and Teva have been forced to pay punitive damages to a client in the state of Nevada over an outbreak of hepatitis related to the drug Propofol. Propofol is also commonly known as Diprivan. It is considered a short-acting, IV hypnotic agent that is used in the induction and maintenance of anesthesia.

The last, and first, case related to this drug resulted in a set of punitive damages that totaled more than $500 million. Teva has offered to cover all of the damage awards that arise in the state of Nevada on behalf of the other two drug makers.


A representative from Teva had this to say about the case, “It is clear in this case, too, that medical personnel negligently disregarded the product’s instructions for use. They reused unsterile instruments, thereby harming their patients. Propofol was approved for marketing by the FDA with clear instructions for one-time use only, with sterile instruments only, and for one patient only. Teva should not be held liable for the blatant disregard for patient safety by medical professionals who do not follow these instructions. Again, Teva was prevented from presenting its main evidence to the jury at the trial, which proves the injustice of the Nevada court system. Teva believes that the claims brought against it in this case are groundless, and has already begun the appeal process for a similar case with the US Supreme Court. Teva will appeal this cynical and provocative case as well.”

So, we can assume that there will be at least one appeal on this case. This case has the potential to be a landmark for the liability of drug makers when a product has been used improperly by the provider, so the decision could change liability law if the current decisions is upheld and companies could become responsible for any way that a provider could potentially use their product.