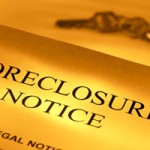 Fannie Mae and Freddie Mac are brother and sister in the federal mortgage industry in the United States. Just because they are affiliated does not mean that they have to operate under the same ideals or options. For instance, Freddie Mac decided to fire a Florida law firm earlier this year for participating in abuses related to processing foreclosure cases, but Fannie Mae has decided to continue working with that same firm. The reason that Fannie Mae continues to employ the embattled law firm is the fact that it is too expensive to have the foreclosure files transferred to other firms.

A report released by the Federal Housing Finance Agency claims that the two companies are guilty of a lack of communication when it comes to discussing firms they use for taking people’s homes away from them. Freddie Mac did notify Fannie Mae of the reason why it had dismissed the firm in question but Fannie Mae decided that it would continue to use the firm because transferring the files would cost too much. Fannie Mae was expecting a bill of at least $5.5 million from the transferred files of the David J. Stern firm. The firm was fired by both Freddie Mac and Fannie Mae back in November.

“The Federal Housing Finance Agency does not have a formal policy or practice to apprise either enterprise of the other’s termination actions,” the report said. “Moreover, Freddie Mac has terminated law firms for poor performance, and Fannie Mae has retained the firms. Foreclosure attorneys in Florida are routinely filing false pleadings and affidavits. It is axiomatic that the practice is improper and should be stopped. Fannie Mae has not authorized this unlawful conduct.”

One Hollywood-based attorney, Evan Rosen, had the following to say about the problem between the affiliated companies:


“It’s just another layer of outrageous information. Fannie and Freddie were designed to help stabilize the nation’s mortgage markets, but they diverted their focus on crisis control and how to push through foreclosures and do it in a way that would shed as little light on the process as possible.”