Got a tip?
Home » Legal News » Heller Ehrman Buried in Lawsuits; May Be Forced Into Bankruptcy 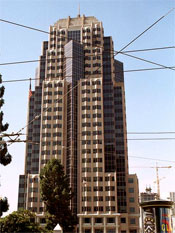 A San Francisco landlord for Heller Ehrman won a court ruling earlier this month, that means bankruptcy is now likely for the defunct law firm.


Peter Benvenutti, a member of Heller’s dissolution committee and now a partner at Jones Day, said negotiations are continuing with the landlord.

Bush Associates sued Heller for $85 million on December 4th. It’s one of several suits filed against the defunct firm.


Three creditors can force a debtor into bankruptcy if the debtor has at least 12 creditors, and the three are owed more than $13,475. Heller has dozens of such creditors.