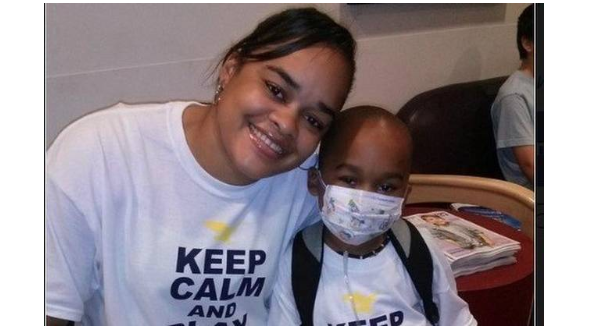 Kaylene Bowen and her son Christopher. Photo courtesy of the Star-Telegram.

Summary: A Texas mother has been arrested for allegedly abusing her child with unnecessary medical care.

Kaylene Bowen claimed her son, Christopher, had a genetic disease. The Texas mother had raised thousands of dollars to care for him, and she had brought him to hospitals hundreds of time and made him undergo 13 major surgeries. But on Wednesday, Bowen was arrested, and police said that she had faked the illness, according to The Star-Telegram.

Munchausen syndrome by proxy is a mental illness where a caregiver makes up or causes an illness to their child or a vulnerable person.

Ryan Crawford, the boy’s father, said that he had alerted authorities about Bowen’s behavior before, but the courts continued to side with her.


ŌĆ£It was always the same story: Christopher is dying,ŌĆØ Crawford told The Star-Telegram. ŌĆ£The father doesnŌĆÖt need to be around because he doesnŌĆÖt know how to take care of him. Every time I went to court, they made me feel like I was the worst human ever.ŌĆØ

Child Protective Services shared that Christopher was seen 323 times at hospitals or care centers in Dallas and Houston. Between 2009 and 2016, the boy was placed on oxygen, used a wheelchair, and was outfitted with a feeding tube. Additionally, Bowen placed Christopher in hospice care and enrolled him on a list to receive a lung transplant.


Bowen had raised $8,000 to care for her son, and her behavior was unchecked for years until hospital staff blew the whistle that Christopher did not have cancer. According to Fox News, it is often difficult for medical professionals to spot Munchausen┬Āsyndrome by proxy because they blindly trust the caregiver’s information about their child.

Bowen has not been officially diagnosed with┬ĀMunchausen syndrome by proxy but her actions match those of someone with the mental illness.

ŌĆ£ItŌĆÖs horrible for my son, or any kid because obviously, my son is not the only one that has had to go through this type of torture,ŌĆØ Crawford told The Star-Telegram. ŌĆ£The system has to be exposed ŌĆō all the weaknesses that are in the system ŌĆō because the kids donŌĆÖt deserve that.ŌĆØ

What do you think of Kaylene Bowen? Let us know in the comments below.