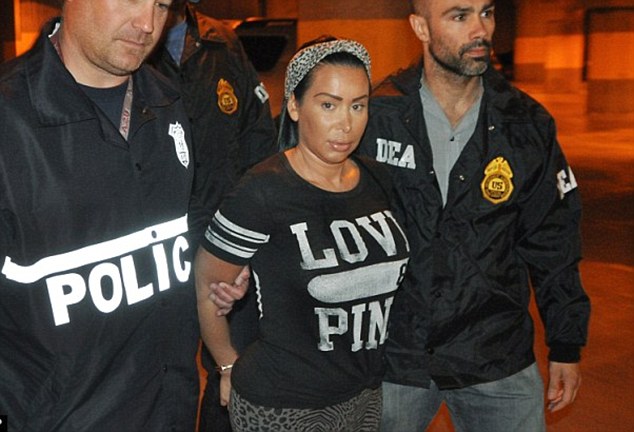 The stripper gang’s ringleader was arrested in 2014. Photo courtesy of The Daily Mail.

Summary: The victim of a New York stripper gang is fighting a club in court over who should pay the six-figure tab the girls racked up.

In November of 2013, a rich New York doctor was drugged at a strip club by a gang of sexy women, and his credit cards were charged almost $135,000. Now, almost four years later, the womenÂ have had their day in court, but the club andÂ the doctor are still battling over whoÂ is liable for theÂ hefty bill.


According toÂ The New York Daily News,Â strip club Four Scores is trying to get Dr. Zyad Younan to pay the astronomical six-figure bill a gang of strippers ran up on his credit card in 2013 while he was high on drugs. The club said that the women who had drugged him were there on their own accord, and he was responsible for the party’s charges.

The four strippers who had drugged Dr. Younan have pled guilty for their crimes, but Four Scores said that the club was not involved with the scheme and not liable for the ladies’ actions.

“There’s absolutely no evidence they were working or employed on those nights. They came in as patrons,” Scores’ attorney Alison Blaine said. “There’s no employer-employee connection.”


In court, Blaine used Younan’s texts as evidence. In writing, he had said that he had a great experience with the strippers, and Blaine noted that Younan had returned to the club with them at least three times.

Dr. Younan’s attorney, Victoria Cioppettini, argued that the club was wrong in portraying the strippers as freelancers unassociated with the establishment.


“These women were affiliated with Scores, they worked there, they weren’t strangers,” Cioppettini said. “They had a criminal scheme taking place under their roof.”

The group of strippers was led by Samantha Barbash, 43, who was sentenced in April to five years of probation after pleading guilty to grand larceny, assault, and conspiracy. She and three other strippers–Marsi Rosen, 29, Karina Pascucci, 27, and Roselyn Keo, 31–were arrested in 2014 for allegedly drugging rich clients and then stealing their credit cards.

The drugs included ecstasy, cocaine, and prescription drugs. Prosecutors said that the sexy group would take their victims to Scores in Manhattan or RoadHouse NYC Gentleman’s Club in Queens. According toÂ The Daily Mail,Â the strippers allegedly stole almost $200,000 in a four month period from various men, including Younan, a lawyer, and real estate agent.

The strippers allegedly would drug their victims before going on “dates” and then they would forge the men’s signatures on bills or mislead them into thinking they were paying a different amount than what was actually charged.

“These individuals targeted and isolated victims in order to illegally obtain access to their credit cards and thousands of dollars of credit,” Police Commissioner Bill Bratton said in June last year.

Manhattan Supreme Court Justice Kelly O’Neill will decide whether or not Younan must pay his strip club tab.

While Four Scores has denied its part in the strippers’ scheme, a manager at RoadHouse admitted petit larceny in June as part of a plea deal.

Do you think Younan is liable for the six-figure tab? Let us know in the comments below.