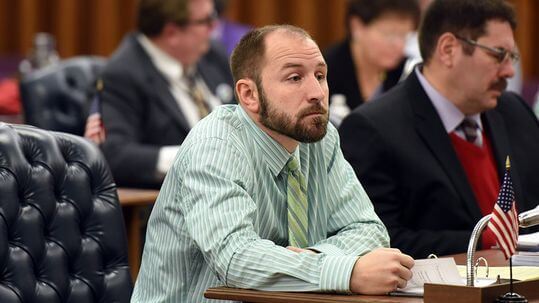 Summary: A lawyer from New York was formally disbarred after being convicted of abusing two teenage boys on a Boy Scout camp trip.

Duchess County lawyer Michael N. Kelsey has been formally barred from practicing law. The 38-year-old from Salt Point was automatically disbarred nearly a year ago after being convicted of sexual assault in St. Lawrence County.


Kelsey, a former county legislator was accused by two 15-year-olds of touching or trying to touch them during a Boy Scout camping trip. Kelsey was an assistant Boy Scout leader in 2014 when the troop from Fishkill went on a weeklong camping trip to Cranberry Lake in St. Lawrence County.

Kelsey was sentenced to seven years behind bars. He has been an inmate at Clinton Correctional Facility in Dannemora for the past four months. The state Appellate Court, second department, affirmed the disbarment and ordered his name to be removed from the state roll of attorneys.


Kelsey was admitted to practice in 2009. He was the county legislator for the 25th district when he was arrested in 2014. He was also an adjunct philosophy professor at Marist College and an independent wilderness guide and kayak outfitter. He earned his J.D. degree from Quinnipiac University in 2005.

His law practice was focused on estate planning.


Do you think seven years is enough punishment for abusing children? Tell us in the comments below.

To learn more about lawyers accused of child abuse, read these related articles:

Full Job Description The ideal candidate will have 3+ years of real estate, closing, and title pr...