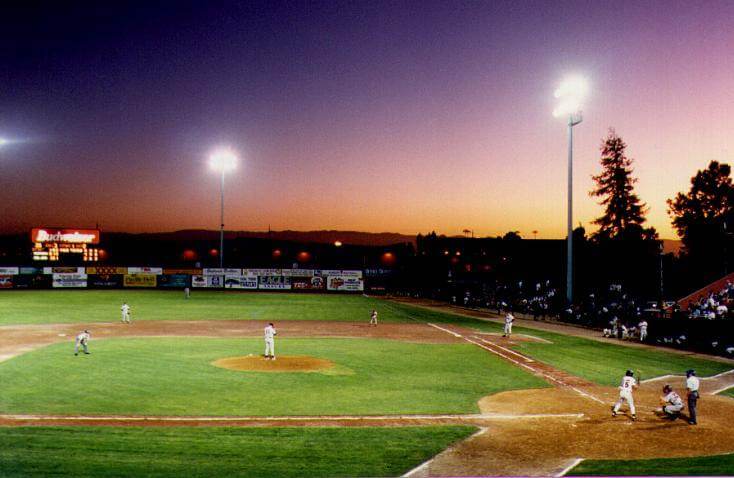 Summary: A young baseball game attendee, aroused at the sight of young college girls and communication from a former girlfriend, openly rubbed on his genitals instead of removing himself from the stands.

A minor league baseball game experienced unexpected and unwelcome behavior from an attendee. The State College Spikes were playing the Brooklyn Cyclones at Medlar Field when reports of a young man inappropriately touching himself was passed on to staff. The Pennsylvania man, Andrew Vrana, confessed to openly ŌĆ£playing with himselfŌĆØ during the game.

The 24-year-old blamed his actions on the sight of ŌĆ£young college girlsŌĆØ at the game and an unexpected text message from his former girlfriend. Fellow spectators claim they saw Vrana sitting ŌĆ£with his legs spread open and his feet resting on the safety rail while he played with himself openly.ŌĆØ

When the police were brought in to handle the situation, Vrana admitted to ŌĆ£rubbing his genitalsŌĆØ on three separate occasions. He explained that he was sexually excited before the game but decided to attend it anyways. When he arrived and saw the crowd of young college girls around, he became even more excited. When he received a text from his ex-girlfriend, it sent him over the top. Now that he had an erection, he decided to rub himself through his shorts but ŌĆ£never removed his genitals.ŌĆØ


See Woman Arrested for Having Sex with Her Pit Bull in Broad Daylight.

Vrana, a Pennsylvania State University graduate, was charged with open lewdness and disorderly conduct. His bail was set at $15,000 and he was ordered to be held in the county jail.


Vrana was escorted from the game before it had ended. The Spikes, a Class A affiliate of the St. Louis Cardinals, ending up winning 10-4.

What kind of repercussions do you think this man┬Āwill be forced to deal with now? Tell us in the comments below.