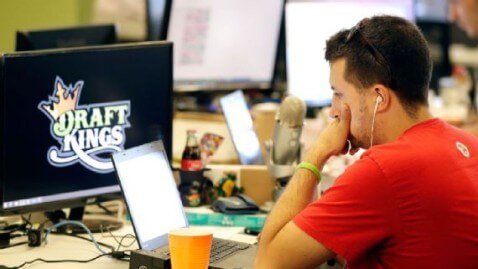 The New York Attorney General has declared fantasy football sites like DraftKings to be a form of gambling. Photo courtesy of ESPN.

Back in October, Republican presidential candidate Chris Christie was appalled when a CNBC moderator asked him about the regulation of fantasy football sites like FanDuel and DraftKings.

While New JerseyŌĆÖs Chris Christie may not care, these unregulated fantasy football sites were the subject of scrutiny earlier that month in New York. The New York Attorney General began an inquiry into the possibility that employees of those sites were winning lucrative payouts with insider information. Additionally the sites have massive user growth. Fanduel reported in September it was signing 20,000 to 30,000 players a day. 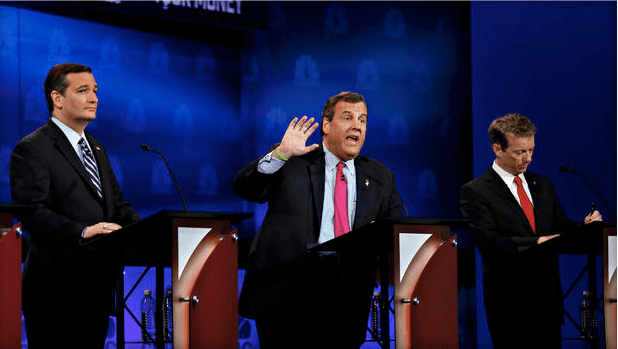 At the CNBC debate, Chris Christie wanted you to know that he doesn’t care about fantasy football regulation. Photo courtesy of CBS.


On Tuesday, Attorney General Eric T. Schneiderman declared the fantasy football sites were in fact illegal gambling operations. He ordered a cease-and-desist, forcing the companies to no longer accept bets. According to DraftKings, they have more than 500,000 users in New York.

ŌĆ£It is clear that DraftKings and FanDuel are the leaders of a massive, multibillion-dollar scheme intended to evade the law and fleece sports fans across the country,ŌĆØ Schneiderman said. ŌĆ£Today we have sent a clear message: not in New York, and not on my watch.ŌĆØ


The fantasy sites argue that its users are not gambling because their players are skilled and not reliant on luck. However, this argument is being challenged now that sites offer million dollar prizes and bets on individual sports such as racing or golf increase the element of chance.

DraftKings and Fanduel are allowed to┬Āchallenge the attorney generalŌĆÖs order. Joseph M. Kelly, a professor at the State University College of Buffalo told the New York Times that the state needs to prove that chance is an important factor in daily fantasy sports gaming, which makes it gambling.

Players who bet on fantasy football create their own teams of actual professional athletes, and the team players compete based on their statistical performances. The attorney generalŌĆÖs ruling does not apply to seasonal competitions or to companies that offer fantasy gaming only.

Schneiderman is well known for his consumer advocacy. JDJournal chronicled earlier how he took on broadband companies for allegedly deceiving subscribers about their internet speed. Given his reputation and influence, it is likely that other states will begin to look into the fantasy sites. The New York Times writes that nearly a dozen states are considering their own form of fantasy sports regulation.