Got a tip?
Home » Weird News » Lawyer Attempts to Hire a Hitman in Exchange for Reduced Fees 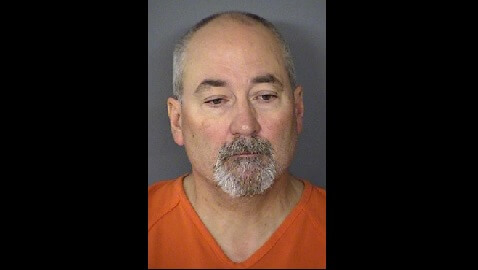 Summary: San Antonio lawyer Paul Andrews has been charged with offering a reduction in legal fees if his client will murder one of his former employees who is charging him with barratry.

If the allegations against Paul Andrews are true, it marks a low point in the legal profession. Not only was the San Antonio lawyer charged for committing barratry by his former head manager, Maryann Uribe, as of 2011, in a case that was to see trial this fall, but the frustrated attorney cut a deal with another client to have Uribe killed. Andrews was therefore arrested Wednesday in Corpus Christi on a solicitation of capital murder charge.


Uribe’s original complaint against her employers, independents Andrews and his partner Keith Gould, stemmed from being fired, as she claims, for refusing to solicit personal-injury case clients, also known as barratry.

The arrest warrant affidavit that was released this Thursday claims that “Andrews indicated he would not mind if Uribe was run over by a car or killed. Andrews explained to [his client] that Uribe was a racist and did not like black people.” Further, he showed that client Uribe’s Facebook photo and a tax record revealing Uribe’s home address.

The client “agreed to kill Uribe for Andrews” initially, but changed his mind later after he “felt that it was wrong for Andrews to approach him about the murder.” It wasn’t for four weeks, on Aug. 12, before the client, who was working with Andrews on a racial discrimination case, contacted the Bexar County D.A.’s office about the murder for hire situation.


“Criminal solicitation of a capital felony,” is a first degree felony under Texas Law, carrying a 5 to 99 year jail sentence.

The DA arranged for the client to wear a microphone and approach Andrews further about the murder case.


“During the meeting, Andrews indicated he still wanted something to happen to Uribe and confirmed with [the client] that he did not have a way to pay for killing her without leaving a paper trail” and came instead to agree to cut the attorney fees from the client’s settlement from 40 to 20 percent, as TexasLawyer reported.

“Barratry is criminal,” said William R “Bill” Edwards Sr., who is representing Uribe in the civil case. “It’s a serious crime under our state statutes and under our disciplinary rules, and people who engage in this kind of conduct are criminals, and one thing leads to another. You never know where it’s going.”

Indeed, Andrews must have taken the charge rather seriously if he would consider having Uribe murdered to prevent the case from seeing court. That an attorney would resort to such criminal behavior shocked Edwards, who said he hasn’t seen anything like it in his 56-years practicing law, noting also that Uribe was “very upset by it. I mean, terribly upset.”