Got a tip?
Home » Legal News » Bank of America to Pay $17 Billion for Its Role in Housing Bubble Burst 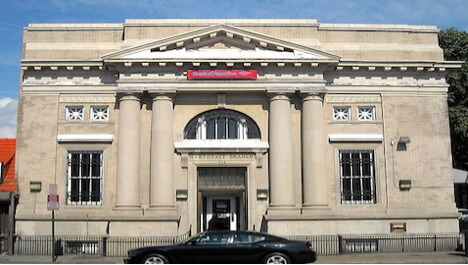 The largest settlement to emerge from the financial crisis of 2008 has been approved, according to the Huffington Post. The Justice Department reported the $17 billion settlement was reached between Bank of America through its Deputy General Counsel Jana J. Litsey and federal and state governments this week. Bank of America will pay $9.65 billion in cash and will pay the remaining $7 billion in consumer relief.

A federal lawsuit had been filed last year by the Securities and Exchange Commission, accusing Bank of America and two subsidiaries of defrauding investors. The three entities offered residential mortgage-backed securities while withholding information about the risks these securities entailed. The Justice Department also filed a parallel civil action against Bank of America in which it charged the bank with violating the Financial Institutions Reform, Recovery, and Enforcement Act.

The fragility of the securities was chiefly due to their inclusion of residential mortgages from borrowers who were unlikely to be able to repay the loans. Although the bank was aware of such risks, the securities were promoted as relatively safe investments. Once the housing market collapsed, investors suffered billions of dollars in losses. This led to millions of foreclosures, which triggered the recession. The current payments by the banks hardly touch the damage caused by the bursting of the housing bubble and the recession that followed.


Several banks have reached tremendous settlements in the past year for their role in the economic crisis that costs millions of Americans their homes when they were foreclosed upon. Citigroup reached a settlement for $7 billion, and JPMorgan Chase & Co. reached a $13 billion settlement for its role. These settlements, like the present deal, were also in the form of cash and credits. The banks, including Bank of America, have promised to provide consumer aid in the coming years as part of the settlements.

President Barack Obama established a joint federal and state working group two years ago with the Justice Department and other federal and state authorities. The massive settlement was negotiated through this group. Individual states will also share in the settlement. Members of the group, such as Justice Department spokeswoman Ellen Canale and New York Attorney General Eric Schneiderman, who served as co-chairman of the group, declined to comment. Representatives on behalf of Bank of America also declined to comment.

Campari Group is a major player in the global spirits industry, with a portfolio of over 50 premium ...

Associate Position LWDN LWDN seeks a well-qualified attorney to join its Chattanooga office. We a...

Marrero & Wydler is a boutique civil litigation firm located in Coral Gables.  We seek a depend...