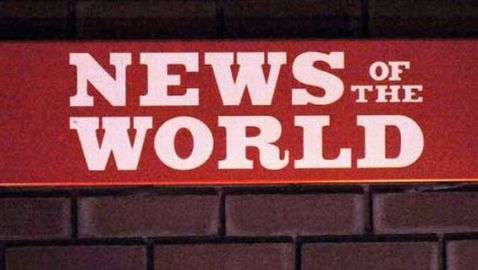 Andy Coulson was sentenced to 18 months in prison on Friday for his role in the conspiracy to hack phones, according to The Associated Press. Coulson is the former editor of the best-selling newspaper in Britain and the former communications chief for Prime Minister David Cameron.

Coulson was convicted last week following an eight-month trial that came about due to a tabloid scandal that caused Rupert Murdoch to shut down the News of the World back in 2011. Former editor Rebekah Brooks and four other employees were acquitted in the case.


The judge who issued the ruling was John Saunders. He said that Coulson and other News of the World journalists illegally listened to voicemails of royals, celebrities, crime victims and politicians to beat the competition to a story. Coulson served as editor from 2003 to 2007.

“He knew about it. He encouraged it when he should have stopped it,” the judge said, which is why we said Coulson should take the majority of the blame.

Saunders talked about the hacking of Milly Dowler, a 13-year-old girl who was kidnapped and murdered back in 2002. The News of the World listened to a voicemail on her phone, but did not tell authorities because they wanted to have the scoop to find her first.


“That was unforgivable,” the judge said.

Coulson still faces retrial on two charges of bribing police officers for phone directories of royals. Former journalists Neville Thurlbeck and Greg Miskiw were sentenced to six months in prison by Saunders. James Weatherup received a sentence of four months and community service. All of these journalists received shorter sentences because they pled guilty.