Got a tip?
Home » Breaking News » Man Asks President Obama to Stick to Promise Made on MTV in 2007 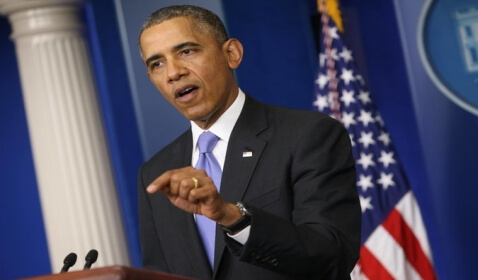 Back in 2007, President Barack Obama appeared on a forum on MTV. He was asked questions from the audience, with one focusing on net neutrality. That question was posed by Joe Niederberger. Well, Niederberger has created a video that has quickly gone viral, with more than 56,000 views on YouTube.

He introduces what happened back in 2007 and even shows a clip of the MTV segment. The discussion with the President begins as follows:


Moderator: Senator, our next question comes from a new website that we are partnering with. [Then the] last people to create and vote on the top 10 questions that they most like to see the future president of the United States answer. This was the one, as of this morning, that the community said they thought was number one. So we’ll give you a chance to field it.

Joe Niederberger: My name is Joe Niederberger. My wife and I run a small business in New Jersey that designs and implements websites for K through 12 schools. I have a question about net neutrality, the first amendment of the Internet. Would you make it a priority in your first year of office to re-instate net neutrality as the law of the land? And would you pledge to only appoint FCC commissioners that support open Internet principles like net neutrality?

That surely seems like an easy question to answer. Well, watch the video and see what Obama has to say about net neutrality. Let us know your thoughts at the bottom of this post in our comments section.