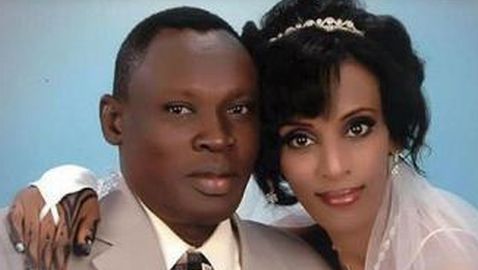 Meriam Ibrahim was released from death row in Sudan on Monday, but was detained with her family at Khartoum airport, according to a report from the BBC. Ibrahim was sentenced in May to be hanged for renouncing Islam.

The BBC reported that Ibrahim and her husband, Daniel Wani, were detained with their two children at the airport by some 40 security guards. The news outlet said that a top official from Sudan said she would be released soon.


Ibrahim was arrested for not having the proper travel documents, as reported by Abdullahi Alzareg, who is part of the ministry of foreign affairs in Sudan. He said she was using emergency South Sudanese documents with a United States visa even though she is Sudanese.

He also said that Ibrahim would need to acquire a passport and exit visa for her release. Her husband is Christian and from South Sudan. He is also a United States resident.

A lawyer for Ibrahim, el-Shareef Ali, spoke with the BBC, saying that they have been denied access to Ibrahim since her detainment at the airport. Ibrahim was released from prison following the ruling of an appeal court annulling the death sentence.


Ibrahim gave birth to her daughter while in prison after being arrested in February. Sudan has been under Islamic law since the 1980s. Ibrahim, despite being Orthodox Christian, is considered Muslim by the authorities because that was her fatherâ€™s religion.